Senior Communist Party of China (CPC) leader Wang Yang has called for better work to unite religious figures and believers around the Party and the government. 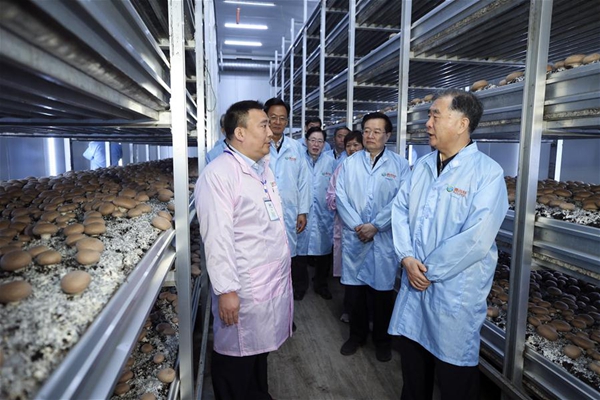 Wang Yang, a member of the Standing Committee of the Political Bureau of the Communist Party of China Central Committee and chairman of the Chinese People's Political Consultative Conference National Committee, visits Aojite Biotechnology Co., Ltd. in Lankao County, during an inspection and research tour to central China's Henan Province, April 16, 2019. (Photo: Xinhua)

The three-day tour ended on Wednesday.

Highlighting the special significance of religious work to the overall development of the Party and the country, Wang urged CPC committees at various levels to comprehensively enhance the political and service functions of primary-level Party organizations.

He called for greater efforts to help the public solve practical difficulties, enrich their spiritual and cultural life, guide them to view religious beliefs in a rational way and enable them to consciously resist all kinds of illegal activities under the guise of religions.

It is also necessary to actively explore effective ways of localizing religions and guide religions to better adapt to China's social system, morality and culture, said Wang, adding that various measures should be taken to support the healthy and orderly development of religions.

During the tour, he also stressed efforts in winning the battle against poverty.