Senior official calls for peace to be restored to HK universities 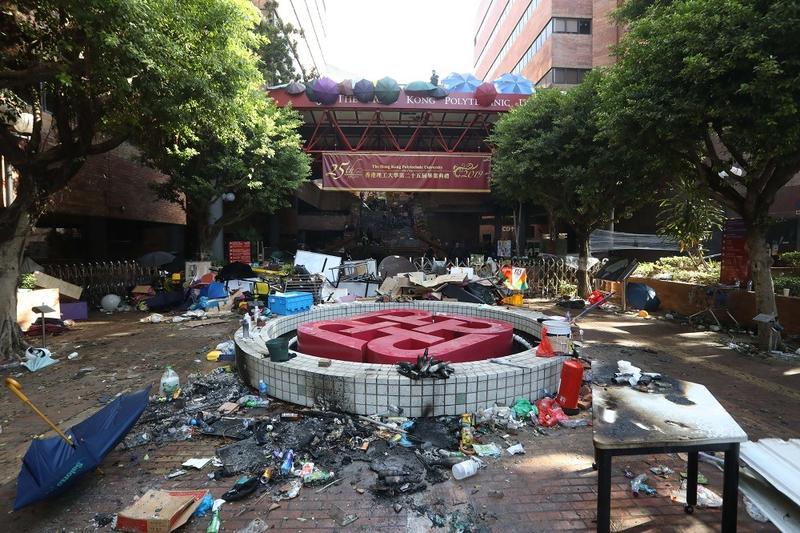 A square inside the Hong Kong Polytechnic University is seen littered with debris and assorted trash in the morning of Nov 18, 2019. (File photo: China Daily)

HONG KONG, Nov. 24 (Xinhua) -- A senior official of China's Hong Kong Special Administrative Region (HKSAR) government said on Sunday that some Hong Kong universities have been dragged into the "vortex of politics and violence," dealing a blow to their function and image.

In his latest blog post, Chief Secretary for Administration Matthew Cheung urged the public to cut ties with rioters and join hands in restoring peace and order on the university campuses.

Cheung said he was deeply saddened by the fact that some university campuses have been occupied and vandalized by masked rioters, and used as manufacturing bases for petrol bombs and other weapons.

Rioters have turned the places of education and learning into "hotbeds of violence" and "weapons factories," Cheung said.

Primary and secondary schools in Hong Kong were forced to close for two days last week and kindergartens for the entire week. Universities also announced the cancellation of classes, and even the end of the semester. 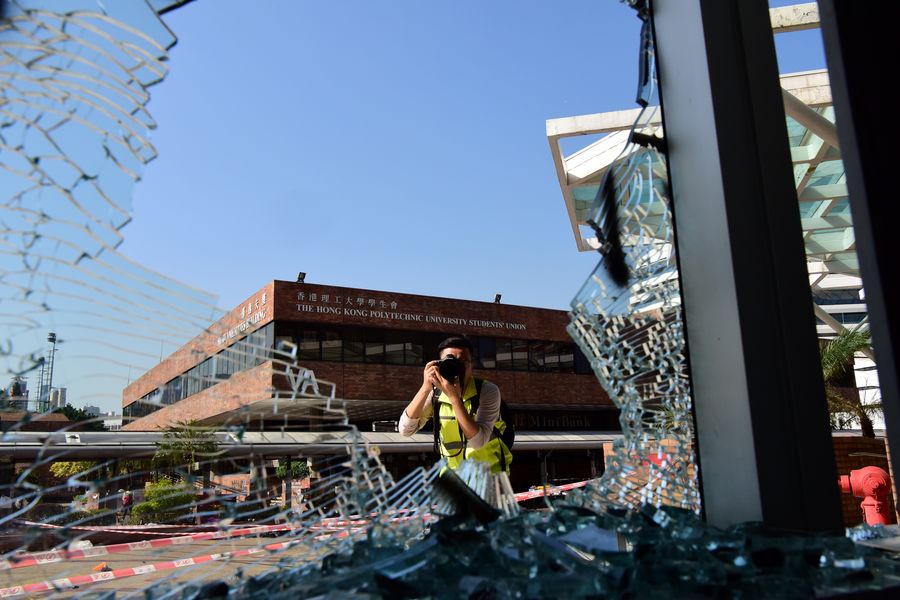 The campus of the Hong Kong Polytechnic University is trashed by rioters in south China's Hong Kong, Nov. 21, 2019. (Photo: Xinhua)

"More than 1 million students have been deprived of their normal and due right to study," he said.

"Talents are Hong Kong's most valuable resources," he said, adding that if violence continues, putting politics above education, the damage to this generation of students will be irreparable.

He said the HKSAR government will continue to cooperate with schools and families to bring children back to a peaceful, rational and law-abiding path so that they can grow up and learn in a safe and caring environment.