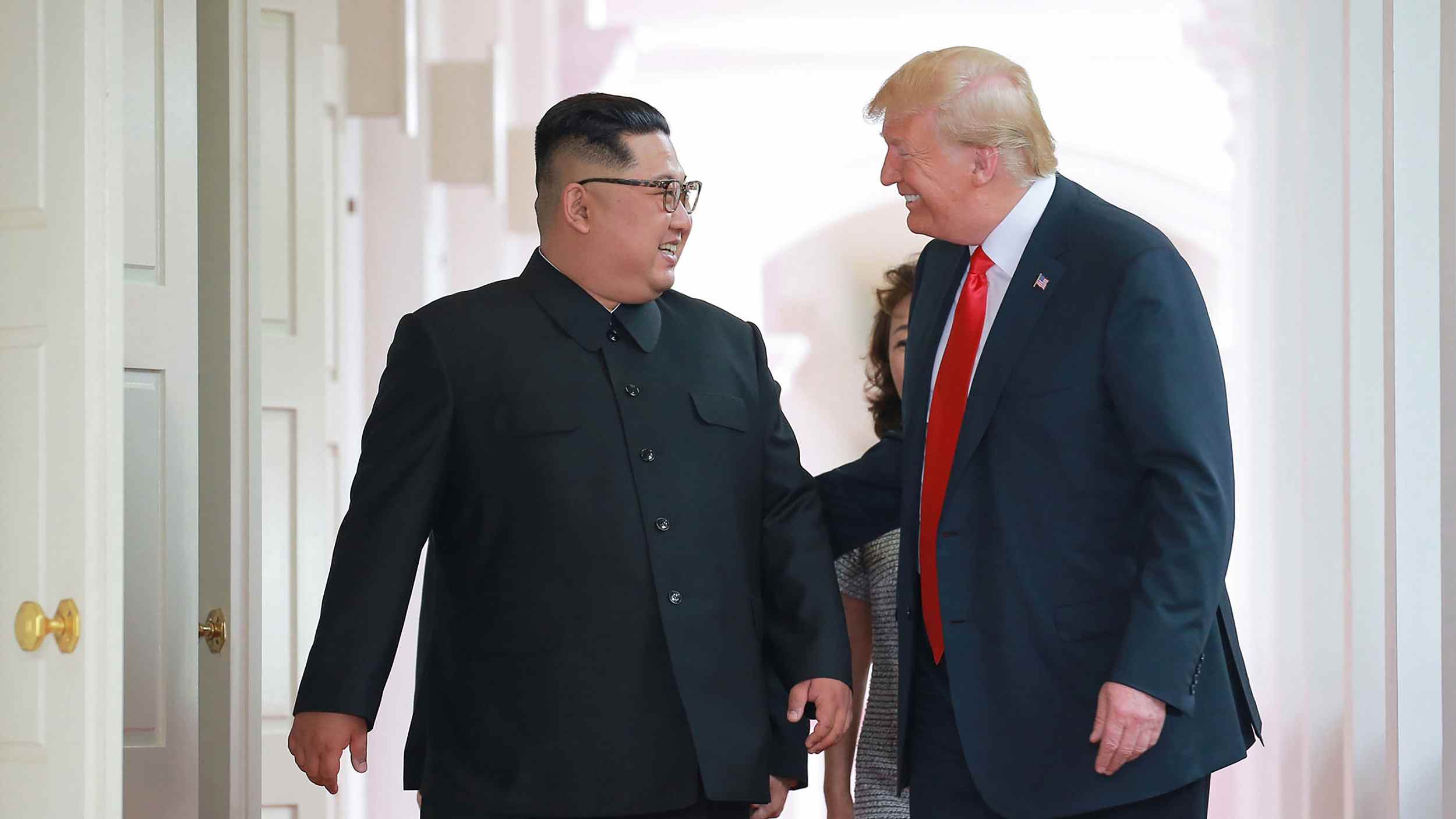 DPRK leader Kim Jong Un and US President Donald Trump during their summit at the Capella Hotel in Singapore. (Photo: VCG)

The Foreign Ministry spokesperson of South Korea (ROK) Noh Kyu-duk said on Tuesday that the ROK anticipates that China will play a constructive role in resolving issues and referred to DPRK leader Kim Jong Un's third visit to China in just three months. The spokesperson said that the ROK and China have closely communicated and cooperated with each other on issues concerning the DPRK and its relationship with the US.

Noh told a press briefing that Seoul and Beijing continue to cooperate and share the strategic goal of the Korean Peninsula's complete denuclearization and a lasting peace settlement.

DPRK leader Kim Jong Un arrived in Beijing earlier in the same day for a two-day visit. The visit comes after Kim sat down with US President Donald Trump in Singapore on June 12, marking it the first-ever US-DPRK summit in history.

During the summit, Kim and Trump agreed on complete denuclearization of the Korean Peninsula in return for security guarantees for the DPRK. This Monday, the military authorities of the ROK and the United States announced the suspension of all planned activities for the Ulchi Freedom Guardian war games scheduled for August.

Last year, 17,500 US and more than 50,000 ROK troops participated in the Ulchi Freedom Guardian drills, although the exercise was mostly focused on computerized simulations rather than live field exercises that use weapons, tanks or aircraft. The decision to halt military exercises on the Korean Peninsula has bewildered many current and former US defense officials, who only learned about it when Trump made his remarks. The Ulchi Freedom Guardian is a computer-simulated command post exercise, which the DPRK has denounced as a dress rehearsal for northward invasion.