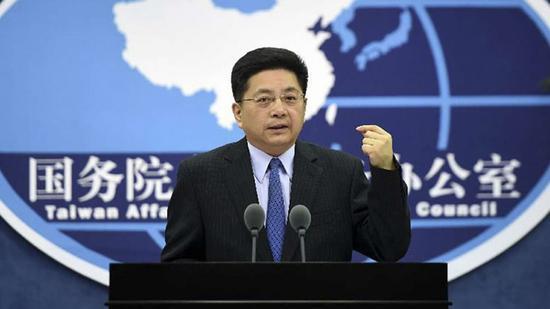 A Chinese mainland spokesperson said Wednesday that any attempt at "Taiwan independence" is destined to fail.

"Any separatist attempt that relies on foreigners to build itself up, intensify antagonism, damage cross-Strait relations or change Taiwan's status is doomed to fail," said Ma Xiaoguang, spokesperson for the State Council's Taiwan Affairs Office, commenting on a speech by Taiwan's leader.

"Fraught with the 'two Chinas' separatist fallacy and confrontational thinking, the speech exposed the evil intentions to contain the mainland with the help of anti-China forces in the West," Ma said.

"The hostile and provoking speech further proved that Taiwan's current Democratic Progressive Party authority is the creator of cross-Strait conflicts and the destroyer of peace and stability in the area.

"The speech will only aggravate relations between the two sides and bring Taiwan to an even more perilous situation."

Ma reiterated that the "Chinese mainland and Taiwan belong to one China and Taiwan is part of China's territory, which are legal facts that cannot be changed by anyone or any forces."