The Embassy of the Republic of Serbia in China held a National Day Reception Friday in Beijing. Ambassador Milan Bačević gave a speech regarding China-Serbia relations. 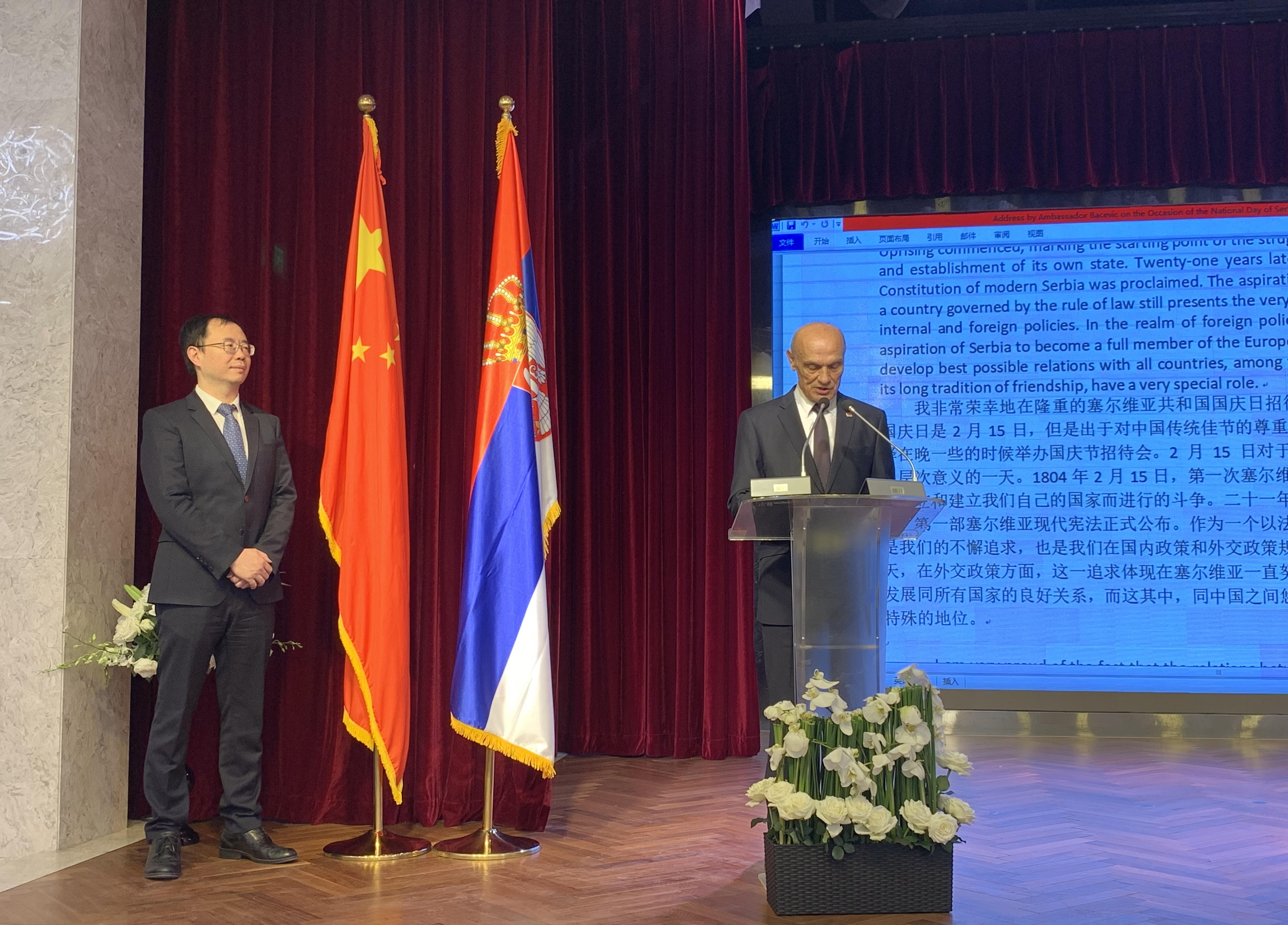 Serbian Ambassador Milan Bačević gives a speech at the National Day Reception of the Embassy of the Republic of Serbia in China, on March 22, in Beijing. (Photo: He Jieqiong/People's Daily)

At the very beginning of his remarks, the ambassador stressed that Serbian relations with China, with their long tradition of friendship, have a very special role. Since Serbian National Day is actually celebrated on February 15, he explained the embassy marked it on a later date in Beijing out of respect for China's Spring Festival.

He mentioned that China-Serbia relations were elevated to the level of comprehensive strategic partnership in 2016, and the exchange of visits on the highest political level has become the annual praxis between China and Serbia. This year, Serbian President will participate in the second Belt and Road Forum in Beijing.

"We are pleased with the process of the infrastructure projects that are conducted in cooperation with China," the ambassador said. "I am mentioning in particular the Belgrade-Budapest Railway as a project that represents just a beginning of an even more important network linking Southern and Eastern Europe with China."

The ambassador believes that China's investments set good example for a new era in Serbian-Chinese economic cooperation, which will be increasingly marked by direct investment.