Setting up barriers for Chinese firms harmful to cooperation: MFA

The action to set up barriers for Chinese companies based on speculations is ridiculous, a Chinese Foreign Ministry spokesman said Monday. 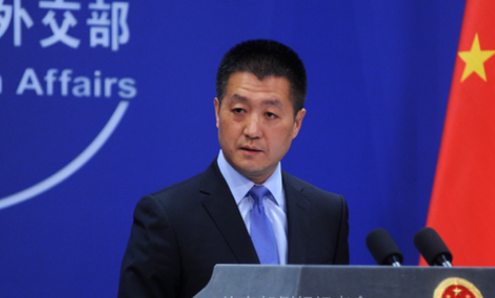 European Commission Vice-President Andrus Ansip said on December 7 that Europe has to be worried about Huawei and other Chinese companies due to cybersecurity concerns.

“To set up barriers for companies’ normal operations based on such speculations is ridiculous, and harmful to developing mutually beneficial cooperation,” said Lu Kang, Chinese Foreign Ministry spokesman.

“As a self-developed Chinese private enterprise, Huawei has achieved good ties with many countries, and we have not heard of any country that has encountered security problems due to their dealings with Huawei,” Lu said.

Lu also said that Chinese enterprises should not be discriminately treated, in response to Japan’s decision on Monday to exclude Huawei and ZTE from government procurements.

“The Chinese government always encourages Chinese companies to develop cooperation with other countries in accordance with international regulations and local laws,” Lu said. “We also hope these countries could provide a fair and transparent environment for Chinese companies’ investments, operations and cooperation and not set up unnecessary barriers for them.”