The Global Times learned from national security authorities that a non-profit organization focused on the oceans, which has received funding from overseas non-governmental organizations (NGOs) in recent years, has set up marine debris surveillance locations in coastal cities in China to collect sensitive data such as marine monitoring data which is reported back overseas. Before it was held accountable by Chinese security authorities in 2021, the organization has set up monitoring covering the country’s northern to southern coastal lines and the South China Sea, the East China Sea, the Yellow Sea and the Bohai Sea. Among them, 22 monitoring points were close to the military targets, which directly threatened the military security. 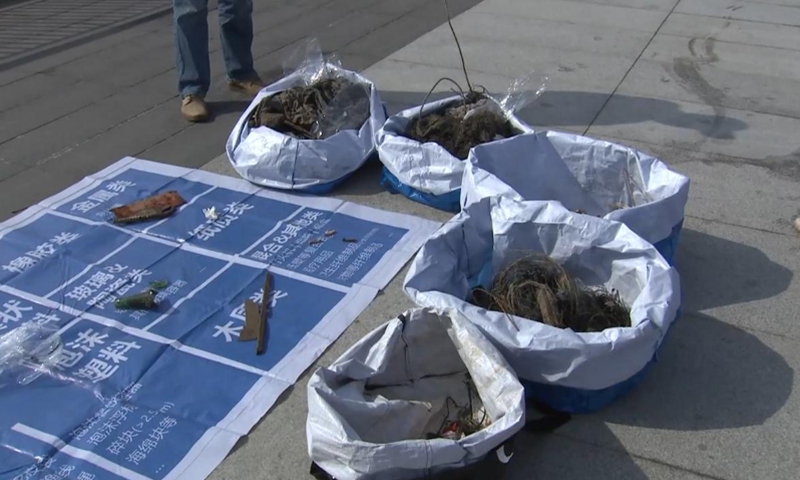 After an individual attended a non-profit conference on the oceans and learned that the organization set up marine debris surveillance spots to gather the information of the oceans, the person reported this situation to national security authorities in June 2019. The person in charge in the organization claimed that all the monitoring data belong to government collection and use, and that they were gathering the data for the need of state-affiliated departments, which asked every surveillance location to report data through internet every two months. But after the verification of the state security bureau, it was found that relevant authorities never received any data or relevant information from the organization.

The organization has complicated oversea background. Since 2014, it has received funding from over 20 foreign institutions. From 2018 to 2019, it received more than 2 million yuan from overseas, among which the organization only reported one sum of money to relevant authorities.

After gaining financial support from overseas, what has the organization actually done?

The Global Times learned from the national security authorities that in accordance to the guidelines set up by certain association overseas, the organization set up marine debris surveillances sites in the coastal areas of China to collect information about the type, weight, distribution density of debris, forming and releasing China's marine debris map and research reports

The Global Times learned that before it was uncovered by the national security authorities in 2021, it has set up marine debris surveillance sites covering the coastal lines from the north to the south and covering the South China Sea, the East China Sea, the Yellow Sea and the Bohai Sea. 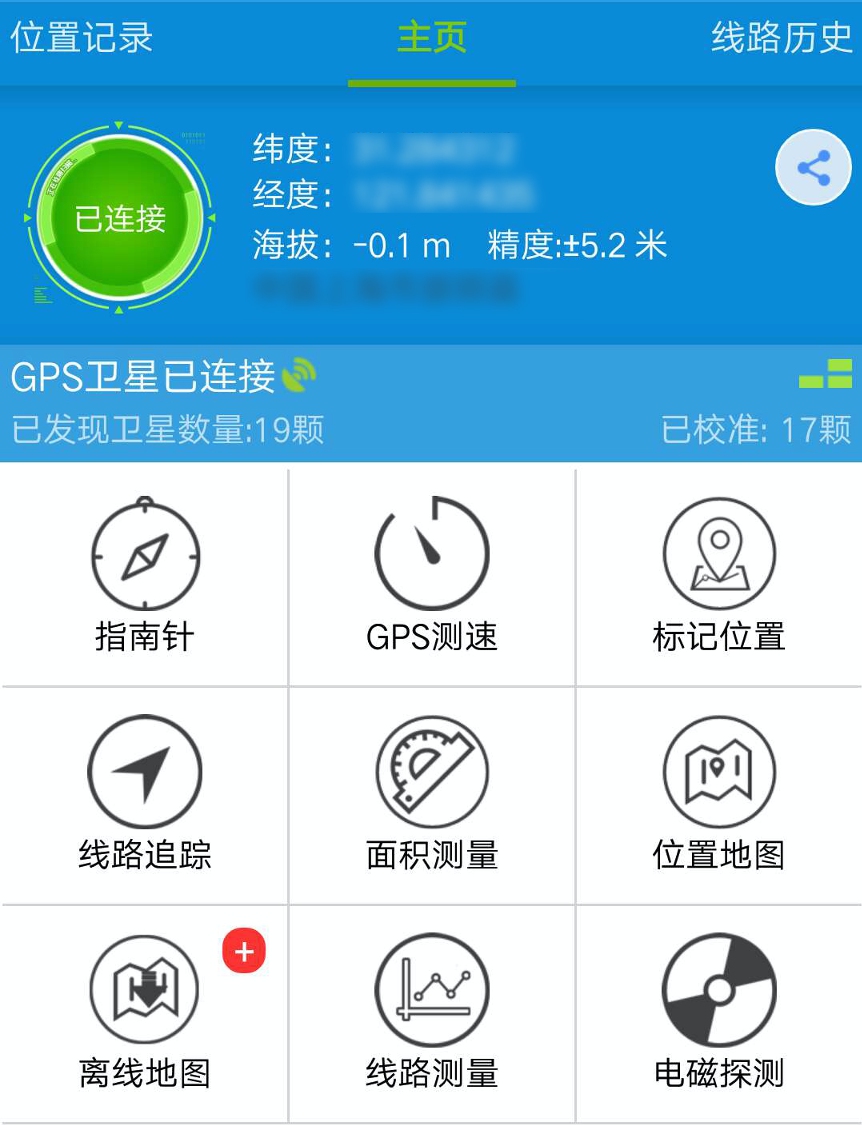 The group asked their cooperative organizations to submit detailed data such as longitude and latitude, geographic location and so on

Sensitive data provided to overseas: a navy installation can be seen on the opposite site to a surveillance spot in Shanghai

How were these illegal marine debris surveillance sites selected?

According to state security authorities, the group asked their cooperative organizations to submit detailed data such as longitude and latitude, geographic location, geomorphology and hydrology, and site photos of alternative monitoring sites according to their work requirements (monitoring sites should be on uncleaned beaches).

What data are available from these marine debris monitoring sites along China’s coastline?

The Global Times has learned from the source that the organization distributed meters, gloves, monitoring forms, record sheets, electronic scales, camera equipment, GPS positioning equipment and other tools to partner organizations. In April 2018, the organization conducted garbage and marine trawl data surveys at multiple locations in Shanghai, collecting information on latitude and longitude, environment, geology, and ocean flow. Starting from December 2020, the organization required the collection and reporting of ocean tides and beach slope data.

The Global Times learned from the source that these sensitive data were directly provided to relevant overseas institutions. In April 2019, researchers from a certain country sent an email to the organization asking for relevant data. Subsequently, the organization and research institute sent the scanned copy of the questionnaire and on-site pictures to the other party through email.

In February of this year, a research institution in a certain country published a research article, falsely claiming that the garbage density of Shanghai's coastline is 10 times that of Australia and the US.

Military security is the first that suffered leaks of sensitive information. Personnel who dealt with the case from national security bureau told the Global Times that the Navy submitted an evaluation which said that the information from the organization’s 22 surveillance sites posed imminent threat to our Navy security. The information it collects, including latitude and longitude, environment, geology, ocean flow and so on, can easily be used by foreign intelligence and military agencies, posing a potential threat to China.

Aside from the military threat, the organization’s methodology of surveillance, validity of data and effectiveness in execution were not recognized by authorities. Most of the selected points for monitoring are located in places where the amount of garbage is much higher than the average amount of garbage on the coastline, deliberately ignoring the coast areas with few human activities and good environmental conditions, and simply multiplying the length of the coastline by this base to get the so-called overall marine garbage data in China. It was fundamentally a biased study and investigation.

The data generated was used by people with ulterior motives abroad to discredit and hype China's environmental protection cause, which had a negative impact on China's international image.

In the "monitoring report" released by the organization, it was declared that "the amount and weight density of garbage it detected were 20 times and eight times that of China's official data."

Investigation locations should not be chosen subjectively, it should be selected randomly. This investigation has broken the principle of average, a marine expert told the Global Times.

As the agency only selects places where there is a lot of garbage to sample, the data may be overestimated by many times, creating a misleading narrative.

“It is 10 times or 20 times higher than the actual situation. It’s like you see only one thing in a field of view, but the data display has become 10 or 20 things. This completely subverted concept,” the expert said.

The Global Times has learned from China’s national security bureau that the organization’s establishment of 22 naval monitoring points had posed a real threat to military security. According to China’s Counterespionage Law, and Detailed Rules for the Implementation of the Counterespionage Law, the organization’s behavior was acts that endanger national security other than espionage. 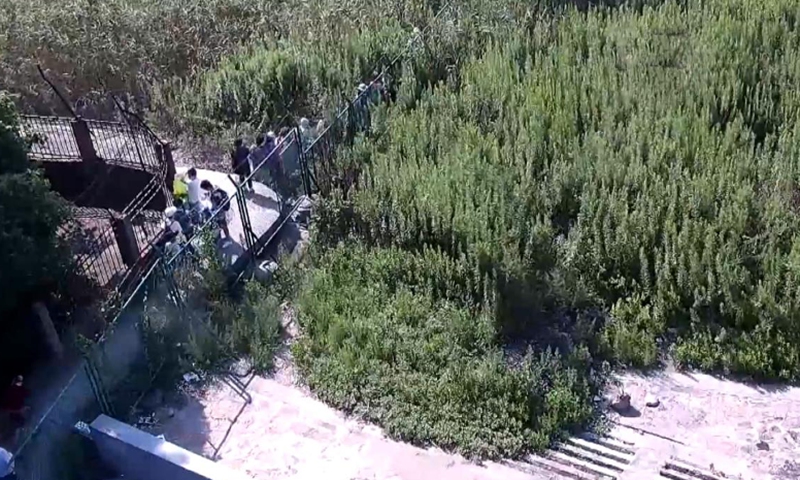 When a monitoring point near a military installation has been blocked by a fence and the gate is locked, the organization will still allow people to bypass the tidal flat and arrive at the location to carry out monitoring activities.

It’s acceptance of foreign sponsors and undertaking of activities within Chinese borders violated the Law on the Administration of Activities of Overseas Non-Governmental Organizations within the Territory of China, which rules that organizations and individuals in the Chinese mainland that knowingly cooperate with an unregistered representative office of an overseas NGO or an overseas NGO that has not submitted the necessary documents for the record to carry out temporary activities, who are willfully entrusted or financed by them, or who act in the capacity of an agent or agent in any other form to carry out activities or receive or make payments of project funds shall be punished in accordance with the provisions of the preceding paragraph.

The official from the national security bureau who handled the case told the Global Times that according to China’s Counter-espionage Law, the organization is ordered to rectify its activities, shut down 22 monitoring points related to military sites, and eliminate negative impact..

According to the Counter-espionage Law, the organization was punished with a “warning” and “confiscation of illegal income.”