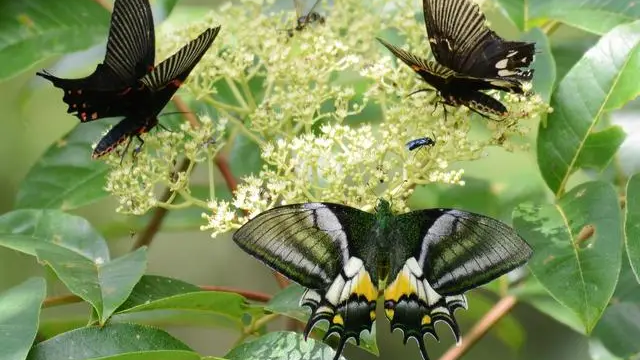 The golden Kaiser-hind is one of the most endangered butterfly species in the world. It is a protected species in CITES and also under first-class state protection in China. It is dubbed "the panda of the insects" and "queen of the butterflies" due to its rarity.

According to a staff member of the reserve's management bureau, this marks the first time that seven golden Kaiser-hind have been discovered at the same time in China. Chen Wenwei, director of the Science and Education Department under the Management Bureau of the Daiyunshan National Nature Reserve, said that the species has rarely been seen at the reserve for nearly 10 years since 2013. From the beginning of this August, the butterflies has been spotted at the reserve in pairs.

Butterfly experts said that the findings of the reserve's research team this time are of important significance to the protection of biodiversity at the reserve in the future.