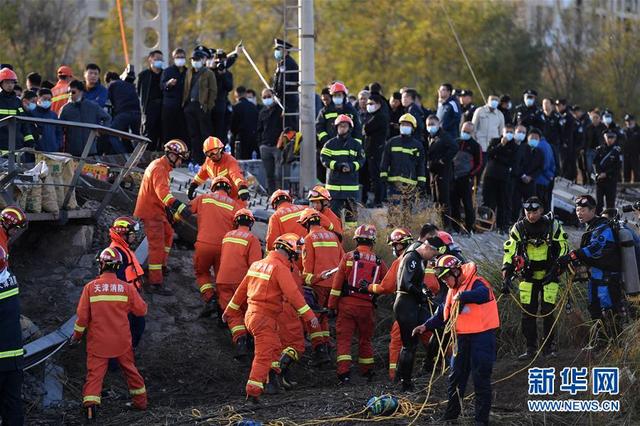 The collapse occurred at around 9 a.m. on Sunday when the over-30-meter-long bridge in Tianjin's Binhai New Area was under repair.

A rescue operation is underway, and the cause of the accident is under investigation.