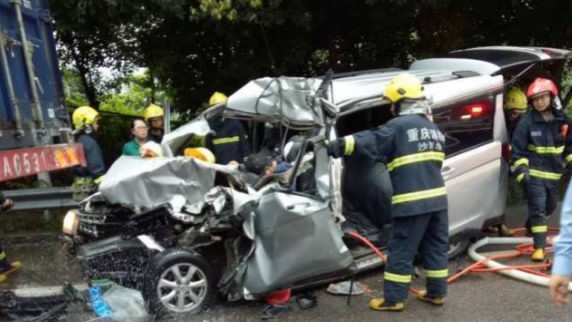 The accident occurred at about 6:10 a.m. after a truck was hit by a minibus carrying nine people on a section of Xiyong Street in Shapingba District.

Seven in the minibus were killed. The other two were rushed to hospital and still in coma.