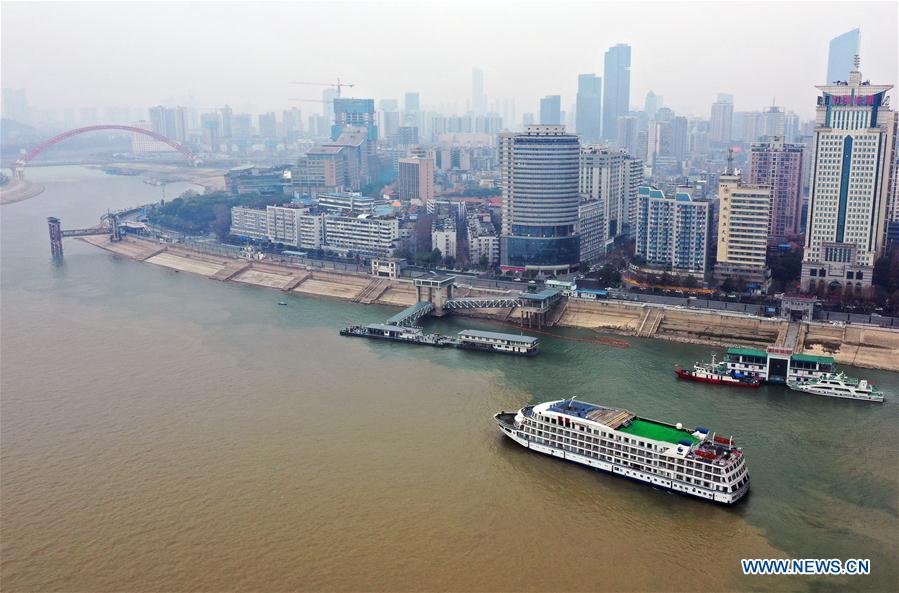 WUHAN, Feb. 21 (Xinhua) -- Seven cruise ships on Yangtze River have been enlisted as "water hotels" for medical staff battling against the novel coronavirus, or COVID-19, in the central China city of Wuhan, the center of the epidemic outbreak.

The municipal government of Yichang, Hubei Province, said on Friday that under the coordination of the Ministry of Transport, the ships serving for tourism in the Three Gorges scenic area are on the way to Wuhan via a 660-km waterway on the Yangtze River.

The seven cruise ships offer 1,469 beds in total. Each ship is equipped with fire-fighting, water and power supply facilities.

The city of Yichang will also send a multi-functional garbage collection ship to serve for collecting and treating waste and sewage from the seven ships.

The ships are expected to provide safe dining and boarding conditions for medics to keep them refreshed in the battle against the epidemic.