Shaanxi province has stepped up efforts to protect the ecosystem of the Yellow River and promote the basin's high-quality development through legislation over the past few years, a local senior legislator said on Tuesday. 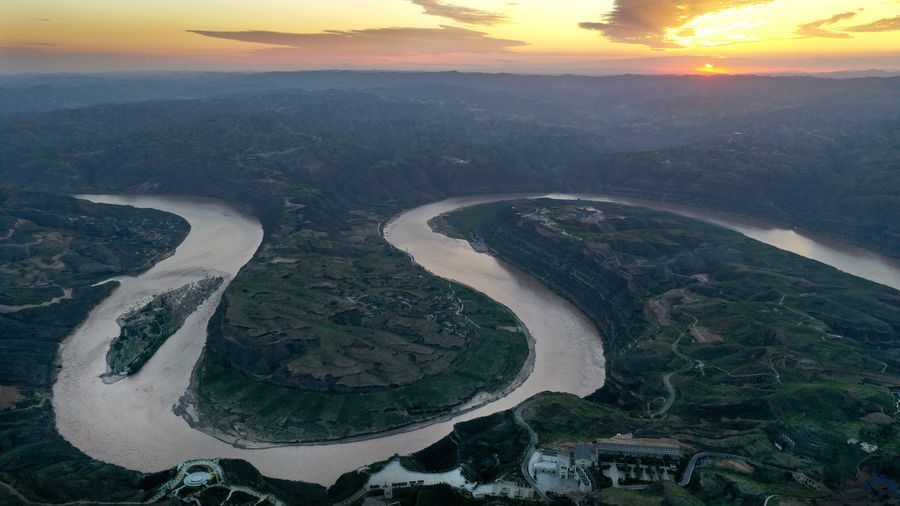 Since 2018, the Standing Committee of the Shaanxi People's Congress, the province's legislature, has made and amended 32 local regulations covering various aspects of the river's protection, such as those on its ecological restoration, watercourse management, soil and water conservation, pollution control, high-quality development and cultural preservation, according to Liu Xiaoyan, the committee's deputy head.

"Many walks of life joined the regulation making and revision under our guide, aiming to meet the demands of local residents, as well as to build a legal system with our provincial characteristics in the river's ecological conservation and high-quality development," she said.

Of the regulations drafted and revised by the provincial legislators, 20 relate to the river's ecological protection, including those on desertification control and mountain grazing prohibition.

For example, in response to environmental problems regarding the Qinling Mountains, the natural boundary between northern and southern China, "we've amended a regulation on the environment and ecology of the mountains," Liu said, adding the revised legal document has expanded the core protection area to 13.92 percent from 0.77 percent.

Upholding water protection as a top priority of ecological conservation, she released a regulation regarding the Weihe River, the largest tributary of the Yellow River, which also is being amended to give the strictest protective measures to utilization and protection of the water resource.

In addition, the local legislature also made and amended nine regulations on the basin's high-quality growth and three on the river's cultural protection.