CHINA Shake it off: Fighting poverty in north rural China

Shake it off: Fighting poverty in north rural China 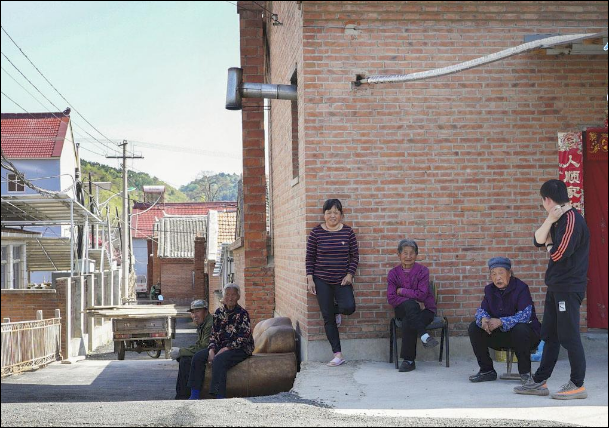 Yuying Village used to be covered in pure darkness when night fell. The small village in north China's Hebei Province had no street lights, and was among the 83 poorest villages in the county.

Lacking natural resources and slow in industry, more than 80 percent of the villagers relied on traditional farming of corn and wheat. In 2014, 93 households and 297 villagers were still under the poverty line, earning less than 2,800 yuan (405 US dollars) annually.

In 2015, China launched a campaign to erase poverty across the country, which has brought dramatic changes to many villages, including Yuying.

A small village as it was, Yuying had no industry at all.

In 2017, the local government introduced a photovoltaic power generation project into the village, which has not only brought the village light, but also resources and job opportunities.

With poverty alleviation funding, the government has invested in the project for local low-income households, each of which got some 4,000 yuan (579 US dollars) in dividends by the end of the year.

The construction of the project also provides more than 100 job opportunities for the villagers.

Besides the power generation project, the government also encourages the locals to startup their own businesses, among which the poultry business is profitable.

Kang Guo is one of the beneficiaries from his poultry farm.

In 2009, Kang returned to Yuying and started to raise chicken with the support of the county's Animal Husbandry Bureau.

“I have received a loan of 160,000 yuan from the local government as well as a subsidy of 6,000 yuan that's specifically for low-income households,” Kang grinned.

“When I was a migrant worker in Beijing, I had barely saved any money to support my family,” Kang recalled. “Now by raising chicken at home, I can make up to 70,000 yuan each year.”

Kang works extremely hard. In the cold winter, he gets up every hour at night to add coal so that the chickens won't get cold. The work of raising chickens is not easy, but Kang enjoys what's he doing.

“Now that I am home, I earn money by my own hands. I feel secure and happy,” Kang said.

Like Kang, low-income family Wang Guilan and Sun Guoshen are also happy with their jobs in Yuying.

In 2017, 67-year-old Sun had a gastric perforation surgery. Soon after that, he was diagnosed with osteonecrosis of the femoral head, costing some 70,000 yuan.

The disease had devastated the couple financially. With almost no income that year, they faced a debt of 40,000 yuan from the surgeries.

Luckily, the seedling nursery project that was introduced into Yuying brought them hope. Cooperating with the Country Garden Real Estate Company, Yuying built up a four-acre seedling planting area for low-income families.

The villagers plant seeds, water plants and do other daily work, and get paid 80-100 yuan a day.

“Considering our age and health condition, it's almost impossible for us to find any work outside. I really appreciate the opportunity here,” said Wang.

With a steady income, the couple enjoy a better life. “Now I have recovered a lot. As soon as we pay off the debt, our life will be much relieved.”

With the poverty alleviation funds, the village also provides public welfare positions for low-income families. Nine households were employed as forest rangers, and 10 as river patrolmen, road guards and others.

The village has also installed street lights, built new roads and helped fix villagers' houses. By the end of 2018, 92 households had been lifted out of poverty, and the whole village is expected to shake off poverty in 2019.