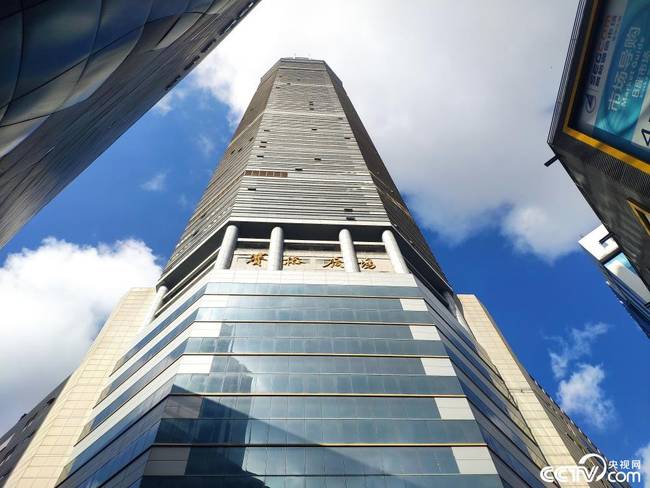 The 356-meter-tall SEG Plaza skyscraper in Shenzhen has shaken every day since Tuesday afternoon, a security guard at the building said on Thursday.

"No one has been allowed to stay in it since 1:30 pm today," he said."As for when staff members can access the building, they should call the property management company to get exact information tomorrow."

Before the third episode of shaking occurred on Thursday, merchants had been allowed to enter the building to deal with business matters.

There were some 15,000 people inside when it first started wobbling on Tuesday. They were safely evacuated within 90 minutes.

Authorities immediately launched investigations to try to discover what was causing the building to shake.

No safety abnormalities have yet been found in the main structure of the building or the surrounding environment. Its inner steel structure and decorative surface are in normal condition.

No earthquakes have occurred in the city according to official records.

From 9 pm on Tuesday to 3 pm on Wednesday, a number of professional organizations closely monitored the skyscraper's vibration, tilt and subsidence. The three indicators were far below levels that would prompt concerns, and data from the monitoring did not reveal any abnormalities, the city's housing and urban-rural development bureau said in a statement.

The tilt rate of the building is between 0.01 percent and 0.02 percent, which is less than the allowable tilt standard of 0.2 percent, it said, and the building trembled up and down instead of swinging from side to side.

Preliminary findings by an expert investigative panel said the shaking was likely due to a combination of factors－the influence of wind, two subway lines in operation below the building and a large temperature difference, with a recent increase of up to 8 C having a great impact on the steel structure.

The panel's investigation is continuing.

"There are diverse sources for a building's vibration, such as earthquake, transportation and people's indoor activities," said Chen Kai, an expert at the China Academy of Building Research. "The wind is probably an important factor too. The causes should be concluded through comprehensive investigations."

Dampers are not installed at SEG Plaza, and experts suggested installing them to improve its resistance to winds and shaking.

"Many skyscrapers in China have installed shock-absorbing devices, such as Ping An Finance Centre, the tallest building in Shenzhen, which has damper systems," Chen said.

SEG Plaza, in the Huaqiangbei shopping area, was completed in 2000. With a total construction area of 170,000 square meters, it has 79 floors－75 above ground and four below.

It is the 18th tallest building in Shenzhen and one of the tallest steel tube concrete buildings in the world.

The building is home to one of China's major markets selling cryptocurrency mining machines, and the suspension of business there sparked fears that the price of the machines could be affected.

"The price of mining machines is mostly determined by the value of digital currencies," said Deng Lipeng, who has been selling them from his 5-square-meter shop in the building for four years.