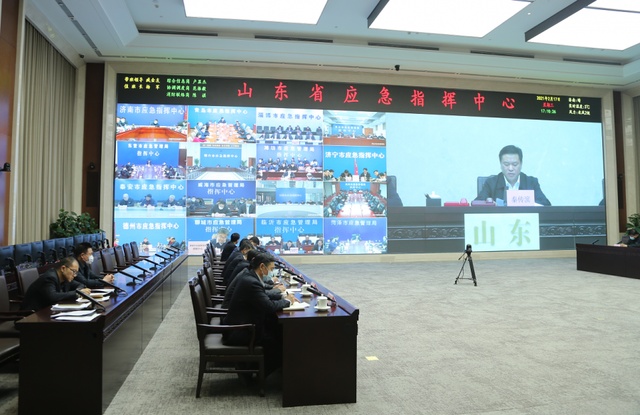 The Shandong Department of Emergency Management holds a virtual meeting over safety of non-coal mines in Shandong province on Feb 17, 2021. (Photo: chinadaily.com.cn)

Shandong launched a province-wide campaign on Wednesday checking the safety of non-coal mines, including gold mines and mines under construction, according to an emergency meeting held by the Shandong Department of Emergency Management on Wednesday.

The campaign will last until the end of March.

All the non-coal mines in the province will be checked and reviewed on their production safety. A mine can only resume production after reviews show it meets the criterion on safe production.

Those that still fail to meet the criterion after being required to rectify within a time limit will be shut down.

Assessment on production safety in all mines, including coal mines, will also be conducted across the province. The assessment will be carried out in a comprehensive manner including production, management, equipment maintenance and operation.

A blaze at a gold mine on Wednesday morning in Zhaoyuan, Shandong province, left 6 workers dead.