SHANGHAI, Sept. 13 (Xinhua) -- A major bus company in Shanghai has installed cameras equipped with facial recognition and image analysis technology in some of its buses to prevent driver fatigue. 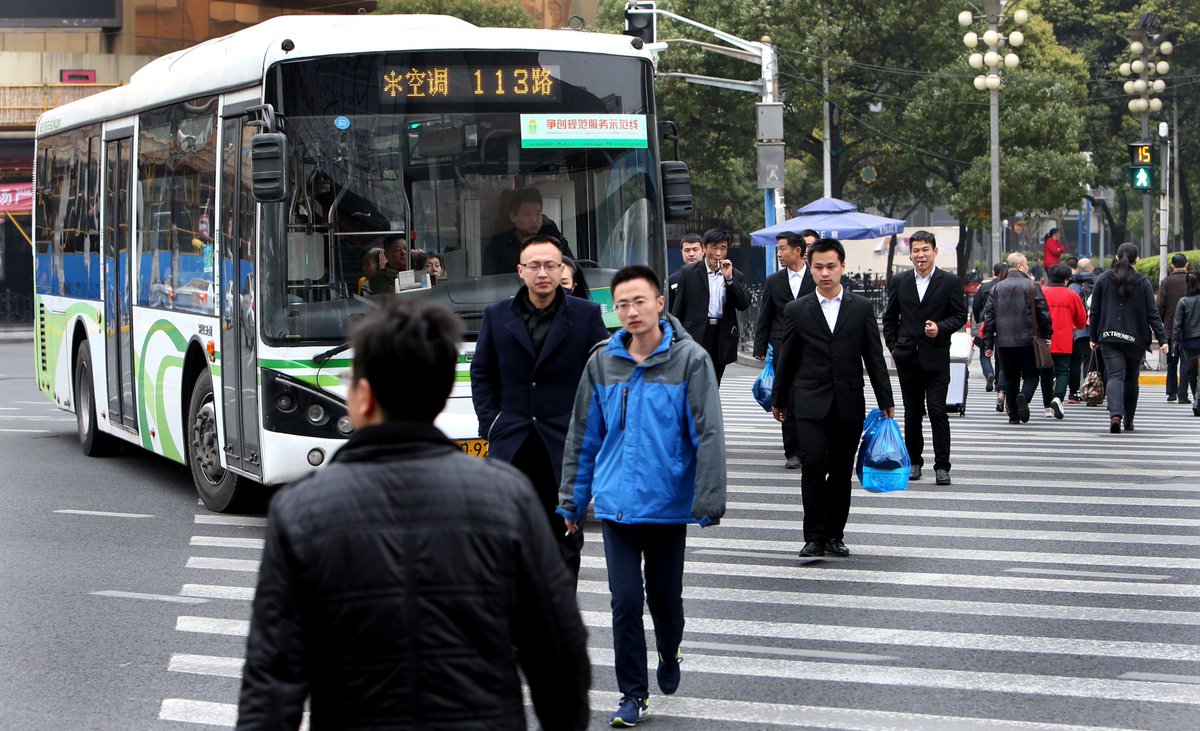 As the camera captures every movement and facial expression of the bus drivers, irregular behaviors or violations like making phone calls, smoking or dozing will be detected, said Xia Zhirong with Shanghai Jiushi Bus Company.

"When monitoring an abnormal behavior, the system will react and report to back-end staff within 5 to 10 seconds," Xia said, adding once the bus reaches its destination, the driver will be taken away for further investigation.

The company operates 55 percent of Shanghai's bus lines, with a total distance of 10,296 km and an annual transport capacity of 1.3 billion rides.

"We used to adopt a spot-check method to prevent irregular driving behaviors. Bus drivers were checked only once for just five minutes every 10 days," said Nie Qingyi, deputy general manager of the bus company.

"Now thanks to around-the-clock surveillance cameras, driving behaviors will be monitored much more closely," he added.

A 360-degree panorama warning system will also be installed on a batch of new buses, providing a full-range view for their drivers during starting, parking, turning and driving.

"About 2,000 buses running in the city center will be equipped with the latest facial recognition system before the upcoming China International Import Expo scheduled to open in November," Nie said.