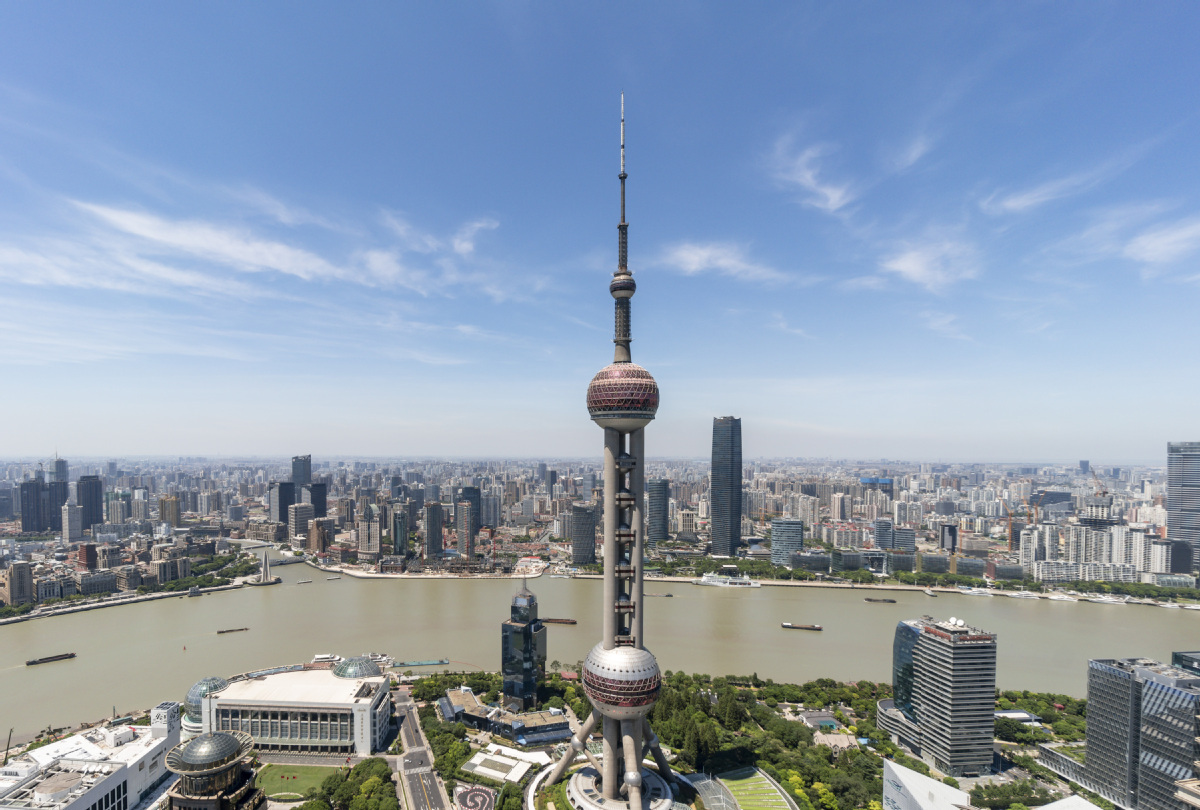 The Lujiazui area of Shanghai has developed into a financial hub during the past three decades. (Photo: China Daily)

Shanghai's aim to grow into a leading global asset management center will help to better serve the development of the real economy and facilitate China's deepened opening-up in the financial sector, said officials and analysts.

Clearer goals to achieve this objective were set out in a guideline issued on Tuesday by the Shanghai municipal government.

It says that the city is expected to grow into an important asset management hub in Asia by 2025 and is envisioned to be open and highly international, as well as having a complete ecosystem and key market elements.

Shanghai should become a leading global asset management center by that time, according to the guideline, which stresses the key role innovation is expected to play in the city's asset management industry over the next few years.

This will see the rollout of more asset management products, including the introduction of more fund products and the launch of innovation-focused exchange traded funds.

In addition, asset management services will be further expanded, under which banks, fund companies and securities firms will be able to apply for investment consultant qualifications.

In order to achieve these goals, more asset management institutions should be introduced to Shanghai, and qualified foreign companies will be allowed to establish wholly owned or jointly held asset management companies in the city, according to the guideline.

It added that private equity securities firms and funds should seek development in the city while small asset management companies will be supported in setting up seed funds in Shanghai.

Companies taking part in the program will also be supported in their investment in overseas private equity funds, nonpublic enterprises, the securities market, large commodities and financial derivatives.

He Fei, chief strategist of the research center at Bank of Communications, said that the guideline issued on Tuesday by the Shanghai municipal government is of great importance to the development of the city's asset management industry.

He added that the guideline addresses the requirements of the dual-circulation development paradigm, in which the domestic market is the mainstay and the domestic and foreign markets reinforce each other, and it will facilitate the integrated development of the Yangtze River Delta region.

During a grand gathering held in early November to celebrate the 30th anniversary of the development and opening-up of Shanghai's Pudong New Area, President Xi Jinping said that Shanghai should enhance its capabilities in allocating global resources. To that end, systems for the financial market, products, institutions and infrastructure should be perfected.

And Shanghai is already firmly on the global asset management map, with the world's top 10 firms in the sector already having set up offices in the city.

BlackRock, the world's largest asset management firm, applied to establish a wholly owned mutual fund in China on April 1 last year, the day when China's restrictions on foreign ownership on mutual funds were removed, and that new company will be located in Shanghai.

Larry Fink, chief executive officer of BlackRock, said that China will be one of the biggest opportunities for the company in the long term.

Yang Delong, executive general manager of First Seafront Fund, which is based in Shenzhen, Guangdong province, said that foreign asset management companies' increased involvement in the Chinese market demonstrates not only its strong appeal, but also the effectiveness of the nation's financial opening-up.

This is also illustrated by international investors' involvement in the Chinese stock market. The net northbound capital flow, or overseas investors buying A shares via the Shanghai-Shenzhen-Hong Kong stock connect programs, hit a record high of 21.7 billion yuan ($3.1 billion) on Tuesday, helping the benchmark Shanghai Composite Index to jump 2.4 percent to reach 3581.34 points.