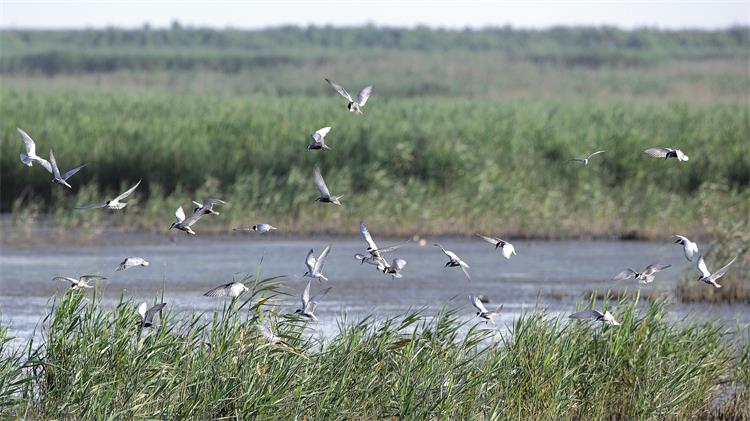 The Chongming Dongtan National Bird Reserve is likely to become Shanghai's first UNESCO World Heritage site after its inclusion as a nominee, according to the Shanghai City Appearance and Landscaping Bureau on Saturday.

The reserve was part of the second phase of China's migratory bird sanctuaries along the coast of the Yellow Sea-Bohai Gulf, which is also in the application process with UNESCO.

The inscription result will be announced by the World Heritage Convention next year.

The coast of the Bohai Gulf and the Yellow Sea of China comprises 14 coastal natural habitats. They include deltas such as those from the Yellow River and the Yangtze, sandbars, mudflats, rocky shores, islands, reed marshes and shell ridges. It's also a key habitat for migratory birds on the East Asian-Australasian Flyway.

The first phase of the bird sanctuaries, including two migratory bird reserves in Yancheng, Jiangsu province, was inscribed in the World Heritage List in 2019.