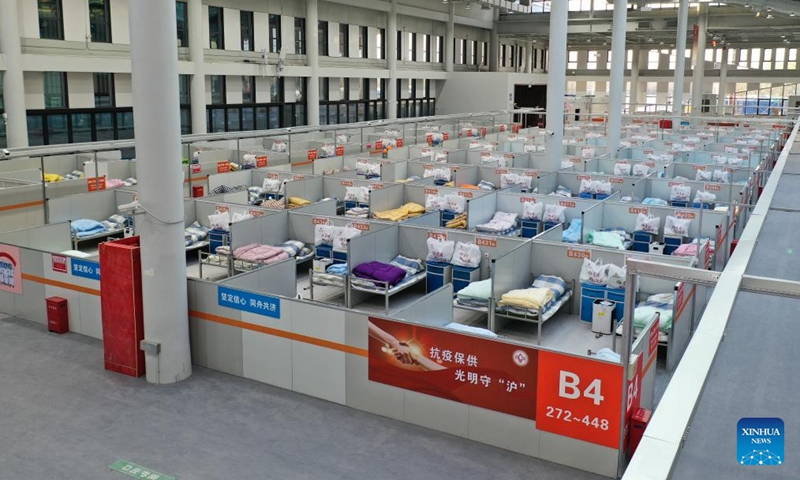 Shanghai has been making efforts to convert more venues into makeshift hospitals amid the rising COVID-19 cases during this wave of Omicron outbreak, as the city continued to register a record daily tally of new COVID-19 infections - over 17,000 positive cases.

Based on the incomplete statistics, at least 79,600 beds have been established to meet the rising case numbers. The National Exhibition and Convention Center is under construction to be converted into a makeshift hospital with a planned capacity of 40,000 beds. It is expected to become the biggest hospital of such kind to receive COVID-19-infected residents with mild and asymptomatic cases.

Over 10 designated hospitals and makeshift hospitals have so far been used in Shanghai, with several medical groups dispatched, according to local authorities.

This region is jointly managed by three medical teams from Shanghai, East China's Jiangsu and Zhejiang provinces. The Shanghai medical team is composed of 206 medical and working staff of Huashan Hospital, and is responsible for internal basic management, according to media reports.

The makeshift hospital at China Flower Expo park on Shanghai's Chongming Island also opened on Monday, which has 2,700 beds.