As the number of imported COVID-19 cases reported in Shanghai remains high, the Shanghai health authority clarified "six don'ts" imposed on inbound travelers to contain the spread of the virus locally.

The "six don'ts" are to be obeyed during the seven-day self-health monitoring period after the travelers complete a 14-day hotel quarantine, according to the Shanghai Municipal Health Commission.

During the seven-day self-health monitoring, individuals shall refrain from taking public transportation, including subways, buses and ferries; not dine with others or eat at a restaurant; and stay away from cinemas, theaters and exhibitions.

They must also avoid participating in gatherings, meetings and lectures; going to venues with a large passenger flow, such as shopping malls, supermarkets, office buildings and amusement parks; or visiting indoor venues such as card-playing rooms and karaoke bars. 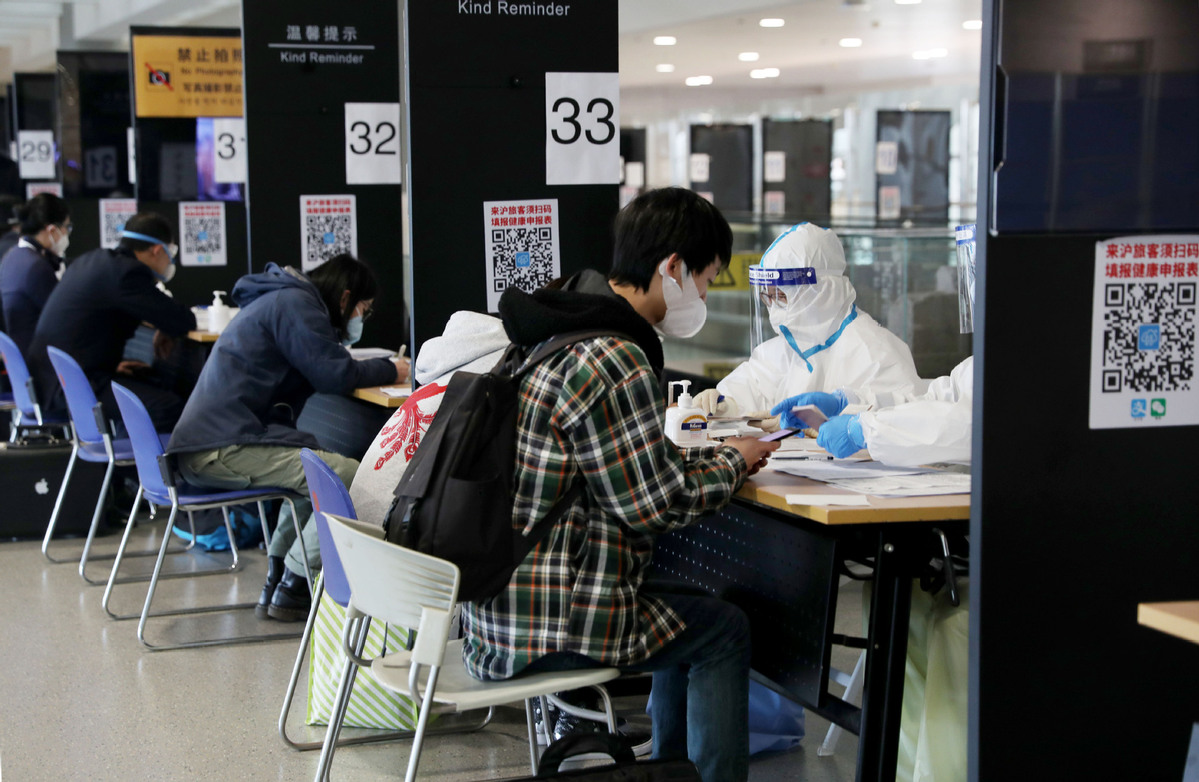 "Such individuals shall not leave their homes for unnecessary reasons. If they have an unavoidable reason to leave, they must abide by personal protection rules, including wearing masks and social distancing with others," Wu Jinglei, director of the Shanghai Municipal Health Commission, said on Wednesday.

The clear rules also came after an imported asymptomatic case was reported in the municipality on Tuesday.

The case was a Chinese national studying in the United States who arrived at Shanghai Pudong International Airport on Dec 21. The individual tested negative four times during hotel quarantine.

All such inbound travelers need to take nucleic acid tests on the second and the last day of the seven-day self-health monitoring period. The individual tested positive on the last day.

Disease prevention and control workers found that the asymptomatic case had been to a major shopping mall downtown.

Zhang Xingling, a Shanghai resident in her 60s who returned to Shanghai in late October after visiting her child and grandchild in Europe, said that before they completed hotel quarantine, the disease prevention workers issued a note about rules during the seven-day self-health monitoring period.

"It reminded us not to leave home for unnecessary reasons, and to undergo nucleic acid tests by ourselves on the second and seventh day. But there were no specific rules of do's and don'ts. I applaud the newly updated specific rules as the pandemic has intensified globally," Zhang said.