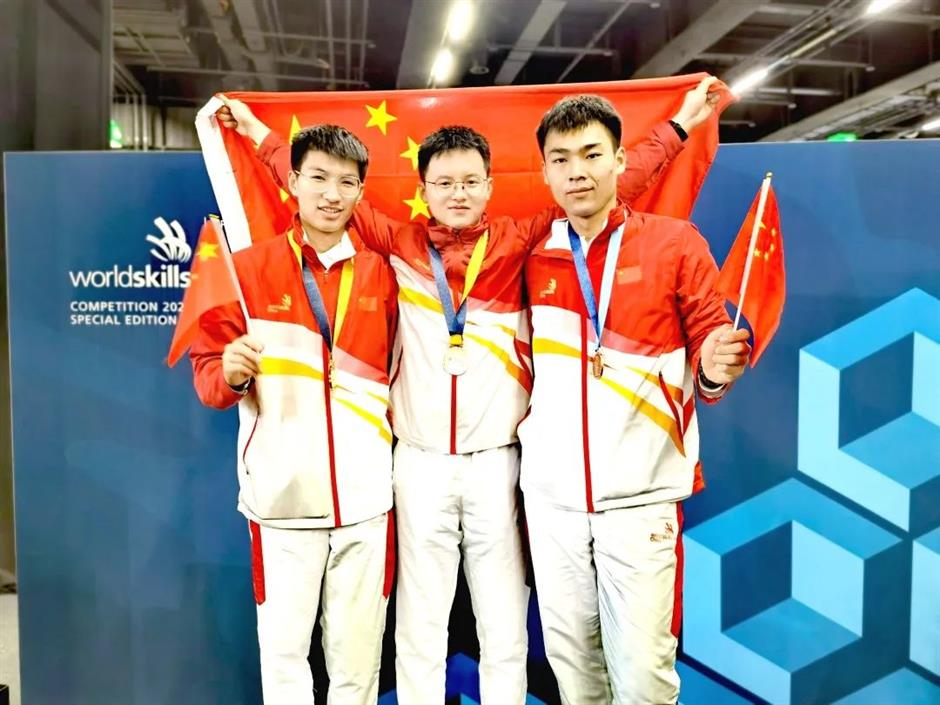 From left: Shao Rupeng, Li Dexin and Wang Zongheng pose after receiving their prizes at the WorldSkills Competition 2022 Special Edition, in Basel, Switzerland.

China has so far won five gold medals, one bronze and two medallions for excellence at the ongoing WorldSkills Competition 2022 Special Edition, including four prizes won by competitors from Shanghai.

The WorldSkills Competition 2022, which was set to take place in Shanghai on October 12-17, was cancelled due to the COVID-19 pandemic and a special edition was launched, with 62 skills competitions, in 15 countries and regions around the world from September to November.

A total of 36 Chinese competitors have registered for 34 skills competitions being held in Switzerland, Germany, France, Finland, South Korea, Japan and Austria.

Over the weekend, Shao Rupeng, a teacher from Shanghai City Science and Technology School, was announced as a gold medal winner of joinery. It's also the first gold won by China at the WorldSkills Competition 2022 Special Edition.

Two other Chinese competitors, Li Dexin and Wang Zongheng, won a gold medal for cabinetmaking and a medallion for excellence in carpentry, respectively.

The three skills events took place on October 11-14 in Basel, Switzerland, with more than 40 competitors from 27 countries and regions.

Gu Junjie, a teacher from Shanghai Publishing and Printing College, won the gold medal with his outstanding skills in print media technology on Sunday, and another Shanghai competitor Ouyang Wanqing won a medallion for excellence in graphic design technology.

Both events took place from October 12 to 15 in Aarau, Switzerland, with 30 competitors from 24 countries and regions.

Also on Sunday, China's Wu Hongyu and Zhou Chujie were announced as champions of CNC turning and CNC milling, respectively, in Leonberg, Germany.

The two events took place on October 10-15 with 46 contestants from over 20 countries and regions. 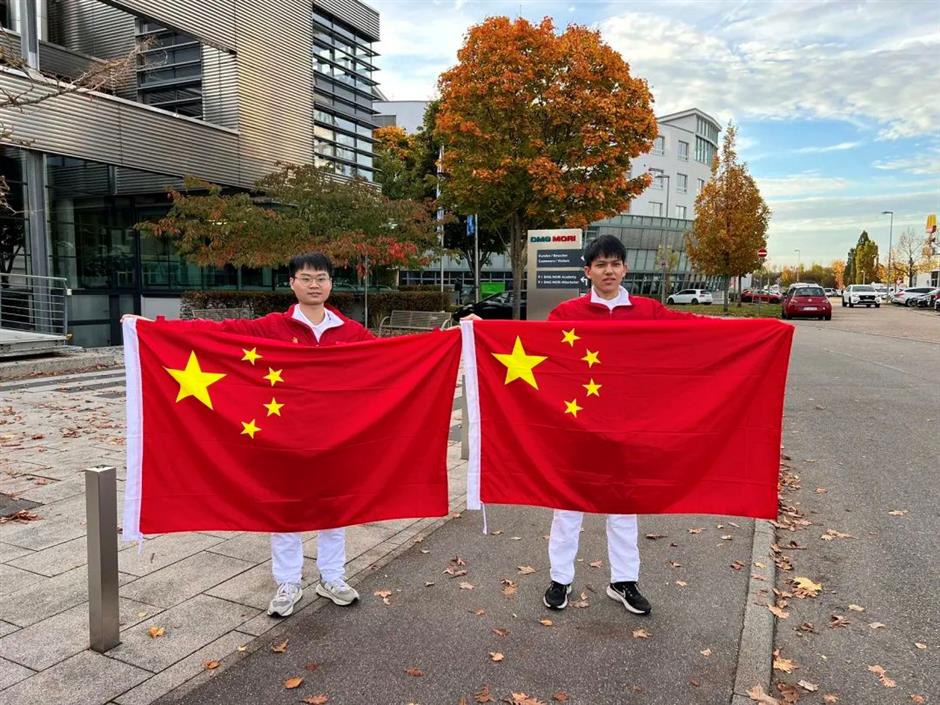 Liang Jun, a student from Shanghai Polytechnic University, won the bronze medal in web technology in Goyang, South Korea, on Monday, after competing with rivals from 23 countries and regions on October 13-16.

All skills competitions of the WorldSkills special edition have finished or are under way except seven – bricklaying, chemical laboratory technology, concrete construction work, electrical installations, freight forwarding, heavy vehicle technology and industrial control – which will take place in Salzburg, Austria, in November.