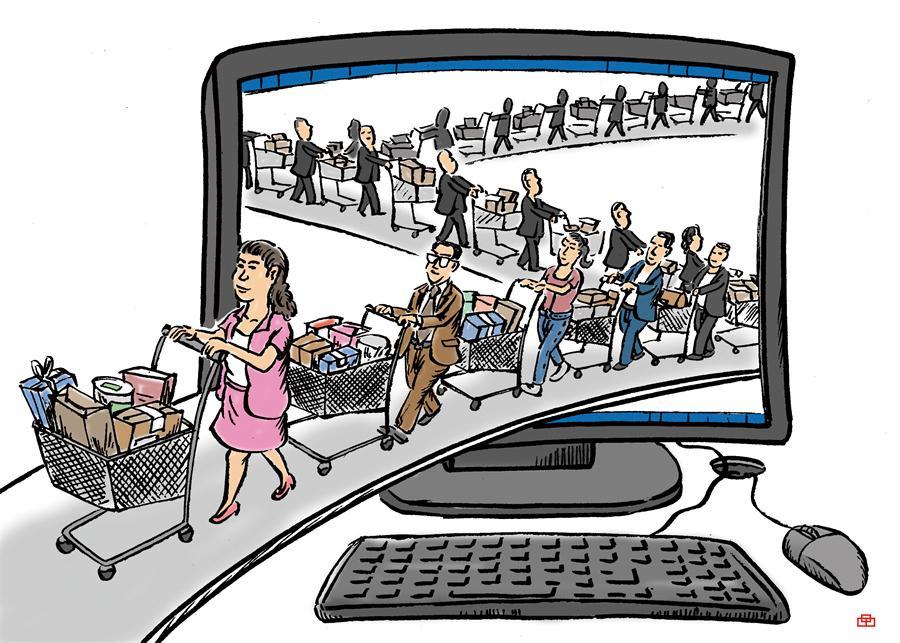 A report released by the Shanghai No 1 Intermediate People's Court on Tuesday shows that consumers' demands for merchants to bear punitive damages were supported by the court in more than half of the 112 online shopping contract disputes that had a verdict in the past three years.

The court dealt with 187 related cases from January 2018 to September 2020, 158 of which involve popular domestic e-commerce platforms such as Taobao and JD, the report said.

Over 30 percent of the online shopping cases were withdrawn or solved through mediation, a relatively higher proportion than other kinds of cases, according to the report.

The report also found that merchants would bear the full responsibility in such cases, and that e-commerce platforms do not bear joint liability for compensation since it is difficult for customers to present evidence that prove platform operators know their merchants are selling low-quality products.

"However, domestic rules stipulate that e-commerce platforms have duties to disclose merchants' information to the public on the platform, review merchants' qualifications, and to take measures when they fail to protect customers' rights," said Chen Fucai, chief judge of the civil resolution tribunal at the court.

"We will strengthen the communication with industry officials to improve related standards and protect customers' interests for a sound e-commerce environment."

Sun Jun, vice president of the court, said more seminars will be held to gather insights from judges and scholars, and the court will strive to raise public awareness of relevant regulations and cases.