Shanghai courts heard around 798,000 cases in 2018 and closed 794,000 during the period, making it the leader in the country in terms of the enforcement of court decisions, according to the Shanghai High People's Court. 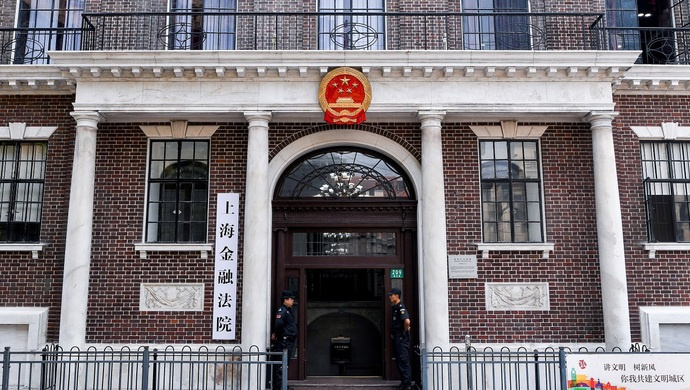 Liu Xiaoyun, president of the court, delivered a work report at the ongoing annual session of Shanghai People's Congress, saying that Shanghai also tops the country in terms of the average time required from hearing a case to the enforcement of a ruling.

More than 126,000 monetary rulings were successfully enforced with the amount of money transacted reaching 23.63 billion yuan ($3.5 billion) in 2018.

The Shanghai High People's Court was also awarded the title of "exemplary court in enforcement" by the Chinese Academy of Social Sciences.

The effective measures of ruling enforcement were outlined to international judges and officers from 30 countries and two international organizations on Jan 22 at the World Enforcement Conference in Shanghai.

The establishment of the Shanghai Financial Court, the first finance-specialized intermediate court in the country, was another milestone last year. Opened in August, the special court has handled 1,897 cases involving a total of 25.2 billion yuan.

As for 2019, Liu said the court will create and implement a three-year plan on information infrastructure building and develop an artificial intelligence assistance system to reduce repetitive workload for judges, among other matters.