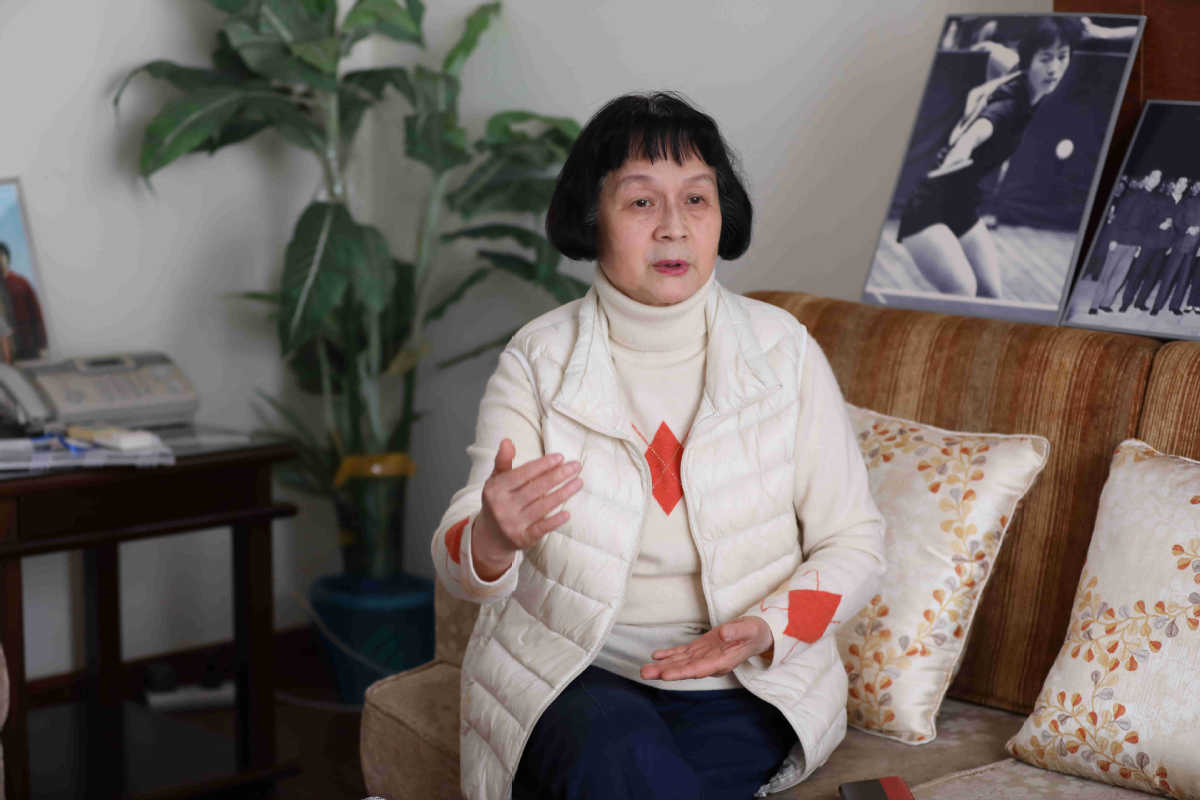 Zheng Minzhi, one of the 16 members of the Chinese table tennis delegation that visited the United States in 1972, recalls the historical trip in Shanghai. (Photo: He Qi/chinadaily.com.cn)

The 50th anniversary of Ping-Pong Diplomacy will be held in Shanghai on April 10 at the International Table Tennis Federation Museum.

Organized by the Shanghai People's Association for Friendship with Foreign Countries, the event will feature several players who experienced the historical event in 1971.

Attendees will include Zheng Minzhi, one of the 16 members of the Chinese table tennis delegation that visited the United States in 1972, a year after Ping-Pong Diplomacy was created.

As the first Chinese group to visit the US after the founding of the People's Republic of China, the delegation was received at the White House on April 18 by President Richard Nixon before starting their 18-day visit of the country.

"We were happy and excited, but also very nervous. After all, we were very concerned about what the United States looked like and their attitude towards us," recalled the 76-year-old Zheng, who was the main player of the 28th World Table Tennis Championship.

"But the US citizens were very friendly. For example, when we went to the car factory to play ping-pong, the workers welcomed us from their hearts and the friendliness could be felt through their facial expressions and body language during the games," she added.

During the trip, the delegation also played a match in the conference hall of the United Nations Headquarters.

Zheng said that this particular match made her feel that she was representing China on the world stage.

"The match represented China's strength. It felt different from winning the championship," she said.

"I appreciate that Premier Zhou Enlai, Chairman Mao Zedong, and President Richard Nixon had the forward-looking strategy that used a small table tennis ball to open up the gates to diplomacy," she added.