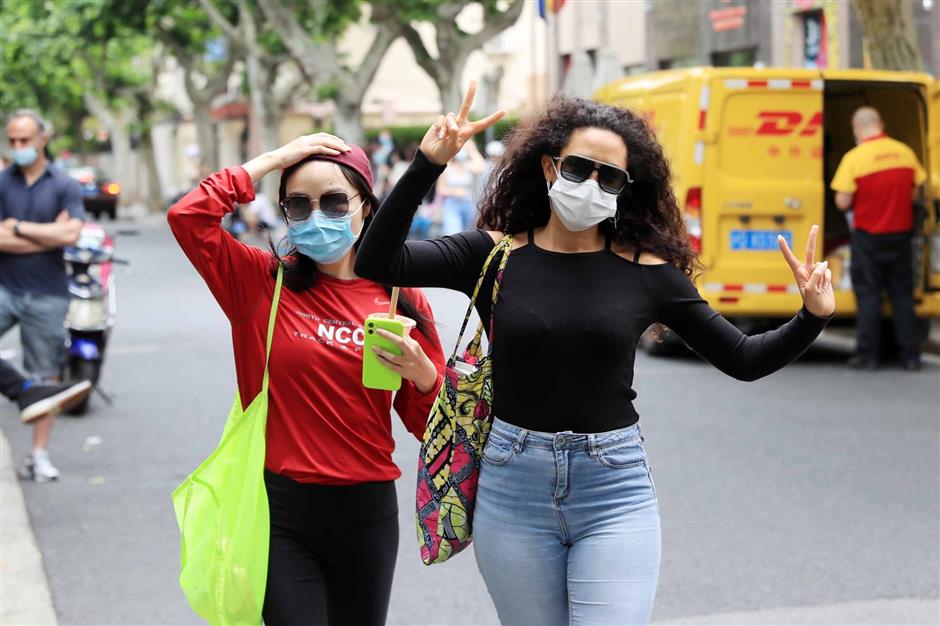 Shanghai will loosen the requirements for nucleic acid test reports to ride public transportation or enter public places to within 72 hours from the current 48 hours from June 1.

Shanghai spokeswoman Yin Xin said the optimized PCR test requirement is to "balance COVID-19 prevention and economic and social development as well as to fully restore the normal production and life orders."

The PCR test requirements for special posts and employees remain the same, such as those working for airports and ports, hospitals, central quarantine sites and cold chain logistics, along with the mobile groups like delivery and city operation staff.

Some citizens have complained the 48-hour PCR report requirement had become a key threshold for them to take public transport or enter nearby markets. Some had to take daily PCR tests to keep the report valid.

A Metro staff also said they had to decline many passengers whose PCR test report had expired by only minutes. 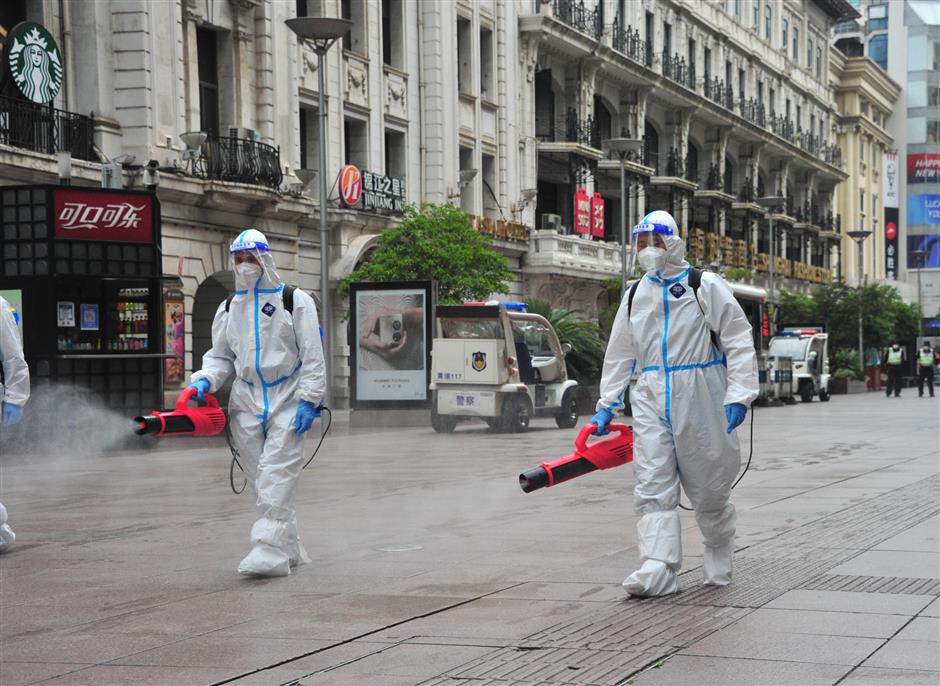 Shanghai's neighboring Hangzhou City initially extended the requirements for PCR reports from Friday. Hangzhou citizens are required to receive a test every three days rather than two days as previously stipulated.

The number of local infections dropped by 28 percent to 122 on Saturday, but a community COVID-19 case was reported in the Pudong New Area.

The 29-year-old man living in Huamu Subdistrict of Pudong tested positive and showed mild symptoms such as a fever, cough and sore throat. He had received two COVID-19 vaccine injections.

Epidemiological investigations show he had not left the community within the last two weeks. The new case has been transferred to the Pudong Hospital for quarantined treatment.

The community at 910 Dingxiang Road has been elevated to a medium-risk area, the Shanghai Health Commission said. It brings to four the total number of local medium-risk areas in the city.

Shanghai has reported six COVID-19 cases at community level since it announced it had achieved zero community transmission citywide.

When any community case is detected, epidemiological investigators will rush to the site to trace the origin of the infection, as well as close and secondary contacts with big data analysis, and contain the spread of the resurgence, said Wu Huanyu, deputy director of the Shanghai Center for Disease Control and Prevention.

According to gene sequencing, the community infection in Xujing Town of Qingpu District originated from a construction site within the town which has had positive cases. There is low chance of community transmission, and the risk is under control, Wu said. 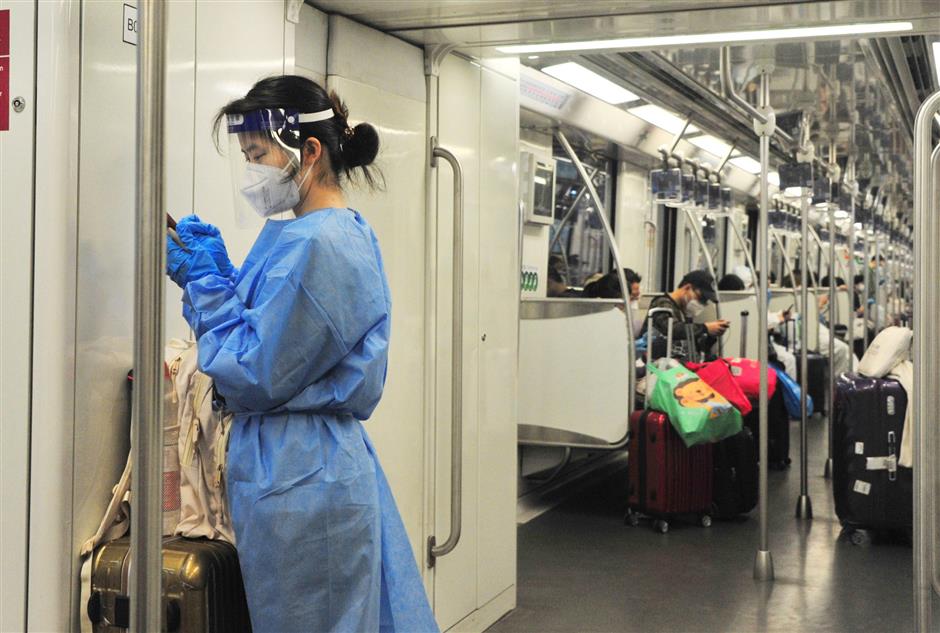 Passengers on the reopened Metro Line 10.

The origin tracing of other community cases is ongoing.

He suggested taking a bottle of hand sanitizer when going out, while washing hands for more than 20 seconds with flowing water.

The new community case won't affect the work resumption and gradual opening up of public transport and services in Pudong, according to its vice director Yan Bo.

A total of 660 supermarkets and 41 wet markets have reopened, along with landmark shopping malls such as the Taikoo Li Qiantan and 1 Yaohan which have been receiving customers.

All bus lines within Pudong will be restored from Monday, along with all community service centers, Yan said.

Meanwhile, the outskirt Fengxian District has initially allowed residents and private vehicles to move freely within the district by cancelling all community exit passes, barricades and car plate limits. 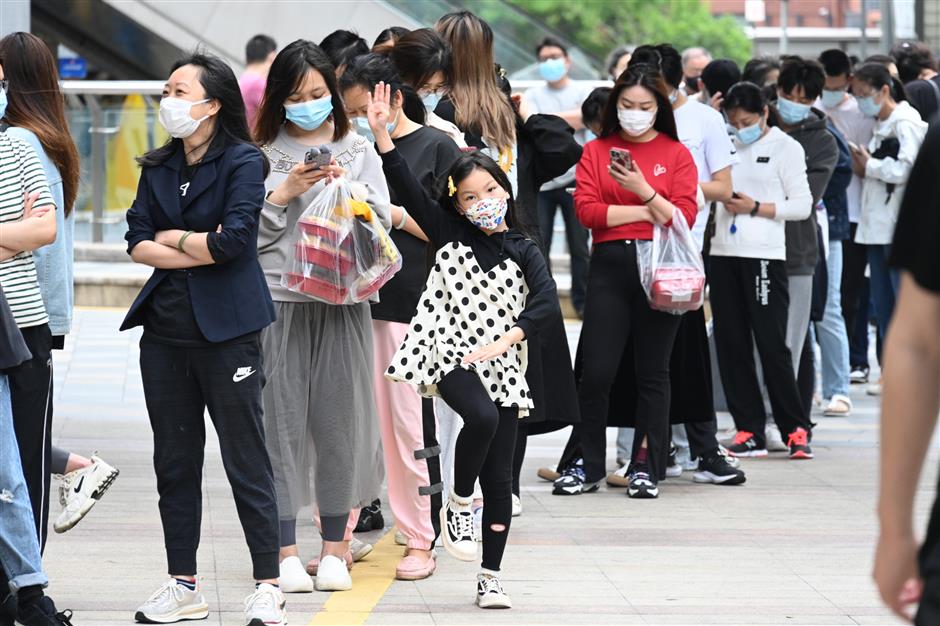 Fengxian citizens line up to enter a supermarket after lockdown and prevention measures were lifted in the district.