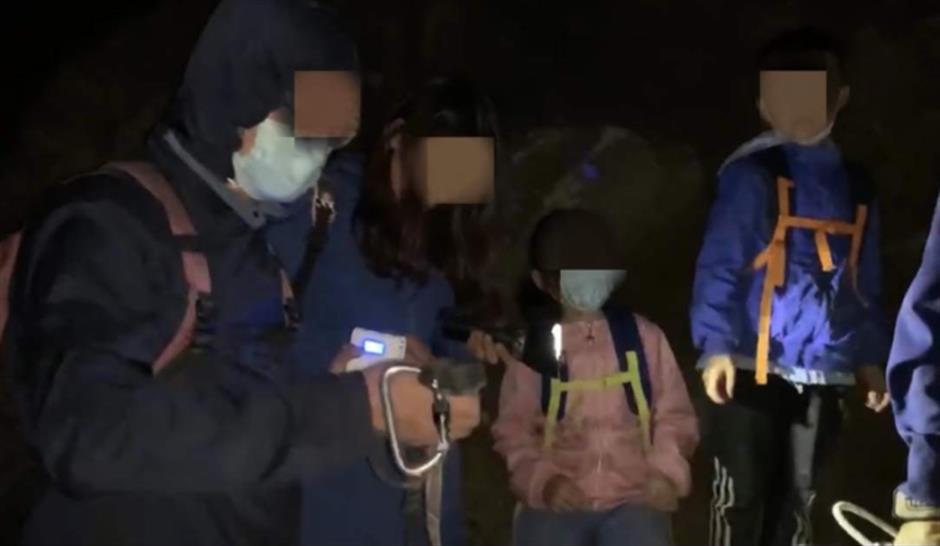 Firefighters find the family of four after extensive searching.

Firefighters spent six hours rescuing a family of four from Shanghai who were stuck in a wild and non-rehabilitated section of the Great Wall in Beijing on May 2, Xinmin Evening News reported yesterday.

The father fell off a 15-meter wall and broke his ankle, while the mother and two children were stranded at the Jiankou Great Wall in Huairou District, about 70 kilometers from downtown Beijing.

As night fell and the batteries of their cellphones ran low, their situation became critical.

At around 9pm, they discovered the man, who avoided more severe injuries due to several bottles of water in his backpack that served as a buffer.

The family was reunited at 9:37pm. They spent another hour trekking to climb off the mountain.

“I am so sorry for the trouble. The Jiankou Great Wall is too dangerous, especially for children,” the father said. A rescuer carries a child down the mountain.