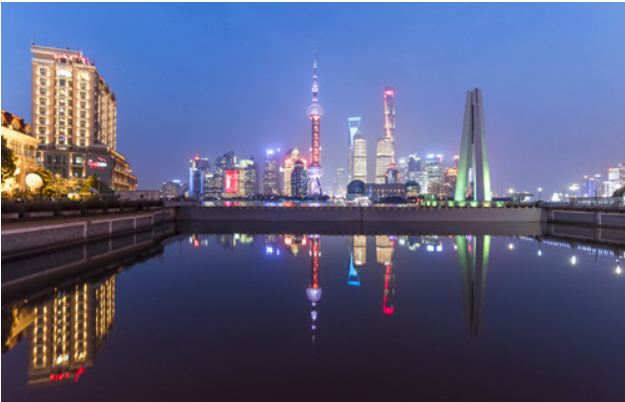 Since its launch in 2013, the China (Shanghai) Pilot Free Trade Zone, the first of its kind in China, has become a home for opening-up, and companies are keen to test their latest innovations across the likes of banking, technology, e-commerce and medicine.

When it was officially launched on Sep 29, 2013, just 36 companies unveiled their FTZ branches at the inaugural ceremony. Today, more than 50,000 companies have registered in the area.

Citibank was one of the first, setting up a branch in the Shanghai FTZ in September 2013. Over the past five years, its FTZ branch has become a pioneer in terms of financial reform and innovative policies. In January 2014, the branch set up the first automatic cross-border renminbi two-way capital pool. It also introduced an intercompany crossborder netting transaction using renminbi in 2015－the first of its kind in the world.

Zhang Xiaomeng, head of Citibank China's Shanghai branch, said that their one-stop solution provided at the Shanghai FTZ has won much applause from their clients. Multinational companies need use only one foreign currency account to provide optimized capital management for their subsidiaries in China, so that they can improve efficiency and reduce costs, she said.

Christine Lam, president and chief executive officer of Citibank (China) Co Ltd, said that the FTZ branch has been an important innovation platform for the bank to carry out treasury management business. Based on the demand of key clients, the bank has come up with a number of new products to serve corporates' treasury centers and headquarters.

"Citibank's global network will allow us to come up with comprehensive solutions that can help the Shanghai FTZ companies to connect the domestic and overseas markets. In this sense, we are also making our contribution to advance the exchange between onshore and offshore markets, as well as the internationalization of the renminbi," she said.

In his keynote speech at the China International Import Expo's opening ceremony, President Xi Jinping elaborated on three decisions on the development of Shanghai. One was a new expansion of the Shanghai FTZ, its second enlargement following an expansion in late 2014.

The gaming company E-home Entertainment Development was the first company registered in the Shanghai FTZ. With it, the ban on console games, in place since the year 2000, was lifted and Microsoft's Xbox consoles were officially introduced into the Chinese market.

Over the past five years, E-home has released 51 Xbox games in China, including the well-known NBA 2K series and Dynasty Warriors.

According to Zhu Ying, it used to take up to three months for an imported game to be approved by the local industrial and commercial departments. By the time Chinese players were able to download the game, there might already be a new version in the overseas market. But now, with the Shanghai FTZ, approval times have been shortened to a maximum of three working days, meaning that the Chinese players can keep pace with overseas players.

More importantly, Chinese gaming companies can promote their work to the rest of the world via Xbox, she added.

"For the next five years, one of the key missions for us will be to promote more games with a Chinese cultural background to the global market." said Zhu.