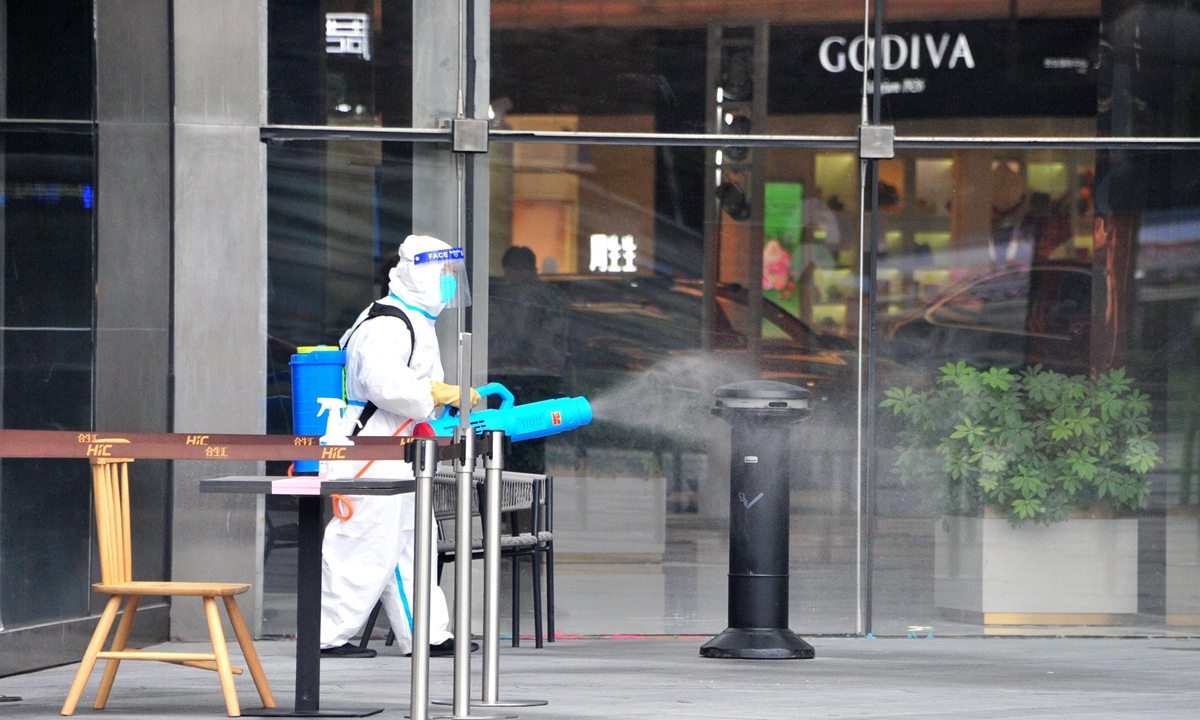 Shanghai has further improved its clinical treatment system for infectious diseases, with a three-level mechanism established, including 600 medical personnel and 1,200 quarantine beds at maximum, as a way to improve the major public health emergency management system and raise the capacity to treat severe cases in the city with a population of more than 25 million, amid the COVID-19 pandemic, Shanghai health authorities announced on Tuesday.

Five municipal-level and nine regional-level centers under one demonstration center - Huashan Hospital, have been built as the first batch, basically forming an infectious disease treatment network system consisting of "demonstration center - municipal - regional - sentinel hospitals," which has become the "first line of defense" to prevent infectious diseases in the city.

After lifting lockdown since June, the city has seen sporadic domestically transmitted COVID-19 cases continuously. Shanghai on Monday reported four local confirmed cases and 15 local asymptomatic cases, including three cases which were detected at the community level, according to the health authorities.

Besides, the World Health Organization officially declared on July 23 that the monkeypox outbreak outside of the traditional endemic areas in Africa has become a public health emergency of international concern, the organization's highest level of alert, which will trigger more cooperation on vaccines and treatment sharing, experts have noted.

Monkeypox will not cause a mass infection in China, Wu Zunyou, chief epidemiologist of the Chinese Center for Disease Control and Prevention, said on Monday.

In Shanghai alone, the city has greatly improved its capacity to treat infectious diseases since the COVID-19 outbreak in 2020.

The number of beds in the 15 municipal and regional quarantine centers has been increased to 527; the number could reach more than 1,200 under emergency mechanism, according to the local health authorities.

The capability to treat severe cases has been significantly enhanced. At present, there are 42 quarantine units for severe patients with 188 beds that can be reallocated within 24 hours in 15 hospitals. The centers at all levels are also equipped with advanced medical facilities for treatment of critical patients, including ECMO, ventilators, and other emergency supplies.

When a major public health emergency occurs, an emergent response within 24 hours will become "the first line of defense" for regular epidemic prevention and control, said the health authorities.