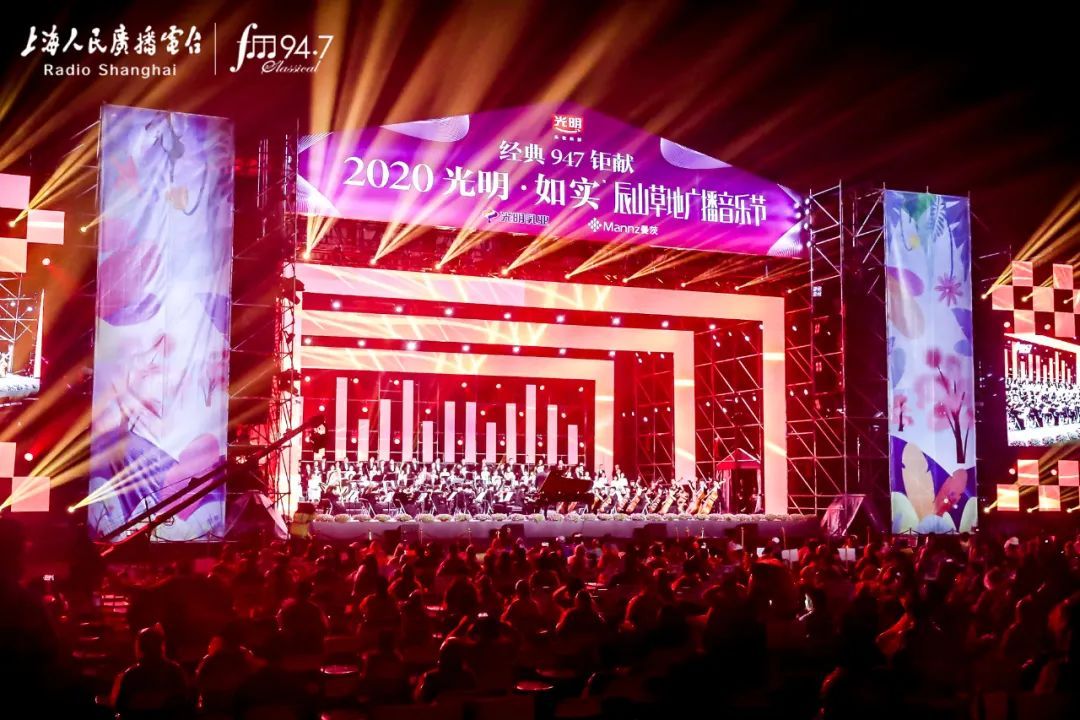 The 2020 Concert on the Green at Shanghai Chenshang Botanical Garden is dedicated to an invited audience consisting mostly essential workers in the fight against the novel coronavirus. (Photo provided to chinadaily.com.cn)

Despite the inconvenience of drizzles, the annual Concert on the Green at Shanghai's popular Chenshan Botanical Garden in Songjiang district presenting a scenic feast of nature combined with classical music, kicked off on Saturday as scheduled.

The annual two-day event, which first began in 2011 when the garden opened to the public, has been one of the biggest and most popular open-air concerts of classical music, usually to a sold-out audience.

This year, however, the concert presented by Shanghai Opera House Symphony Orchestra is dedicated to an invited audience consisting mostly of medical workers, policemen, volunteers, social workers and cleaners who have made special contribution to the fight against the COVID-19 pandemic.

On Saturday night, the concert presented melodies from Beethoven, Verdi and the 50-year-old Chinese classic "Yellow River" among others. Pianist Song Siheng and tenor Han Peng were among the star list. The 90-minute concert ended with Han's performance of "Nessun Dorma", the aria from Puccini's "Turandot". Famed conductor and pianist Xu Zhong takes the baton of the Concert on the Green at Shanghai Chenshang Botanical Garden on May 30-31.

The concert will continue into the second night featuring a collection of works by Beethoven, one of the greatest composers in history, to commemorate his 250th birth anniversary.

Xu Zhong, famed conductor and pianist who also serves as president of the Shanghai Opera House Symphony Orchestra, said as a son of a doctor, he understood the sacrifices the essential workers have contributed to the fight against the novel coronavirus.

Since February, Xu has been joining hands with musicians from all over the world to record concerts to encourage people in the fight against the novel coronavirus. He and the Shanghai Opera House Symphony Orchestra also participated in a global radio and online concert series in celebration of World Earth Day.

"Music can give people courage and strength in the face of difficulties," Xu said.

The event, sponsored by Shanghai's classical music radio channel FM94.7, Guangming Dairy and Mannz Environmental Technology GmbH, is part of the ongoing Quality Life Week launched by the Shanghai municipality under the theme "Beauty of Classics".