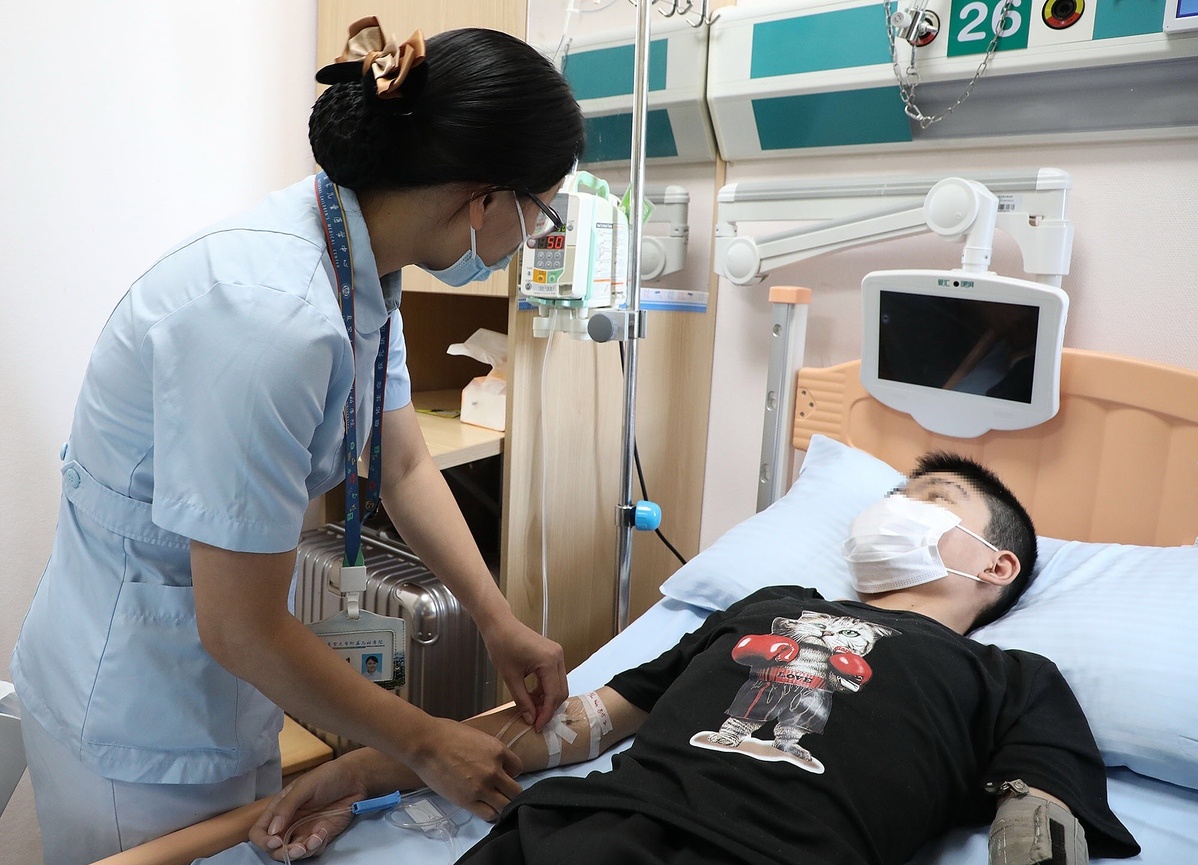 A teenage boy from Jiangsu province was injected with a drug to treat Fabry at the Children's Hospital of Fudan University in Shanghai on Thursday. [Photo provided to chinadaily.com.cn]

A teenage boy from Jiangsu province on Thursday became the first minor in the municipality to be injected with a drug to treat Fabry, a rare disease caused by a deficiency of a particular enzyme.

The injection, taken once every two weeks, will help restore the enzyme to normal levels and reduce the incidence of complications, according to doctors from the Children's Hospital of Fudan University in Shanghai, where the injection was performed.

The boy began suffering from severe pains in his limbs three years ago and his condition deteriorated to the point that he could not walk. Although he was sent to several hospitals, doctors were unable to determine the problem. A year ago, he started suffering damage to his kidneys.

The boy was finally diagnosed with Fabry at a hospital in Nanjing city, the provincial capital, in May.

His parents then took him to the Shanghai hospital for treatment after learning from a news report that the country's first team of specialists who can screen and treat high-risk child patients of Fabry is based in the Children's Hospital of Fudan University.

Personalized and comprehensive treatment solutions, including psychological counseling, were prescribed, said Chen Jing, the main doctor in charge of the boy's case.

The boy's mother has expressed hope that the provincial government can partially reimburse her son's medical bills.

"The sky-high medical bill for rare diseases is not something an average family can ever afford," said the mother, who is surnamed Chen.

A year's worth of injections would cost the family some 1 million yuan ($144,000). The hospital's charity fund will pay for the boy's first few injections.

On July 24, a 13-year-old boy in Zhejiang province became the first in the country to receive the injection because of a provincial policy that allowed users to pay for the drug using medical insurance.

According to a report released in May by the Chinese Organization for Rare Disorders and health information consultancy IQVIA, there are presently about 18,900 Fabry patients in China, but only 366 have received an official diagnosis.