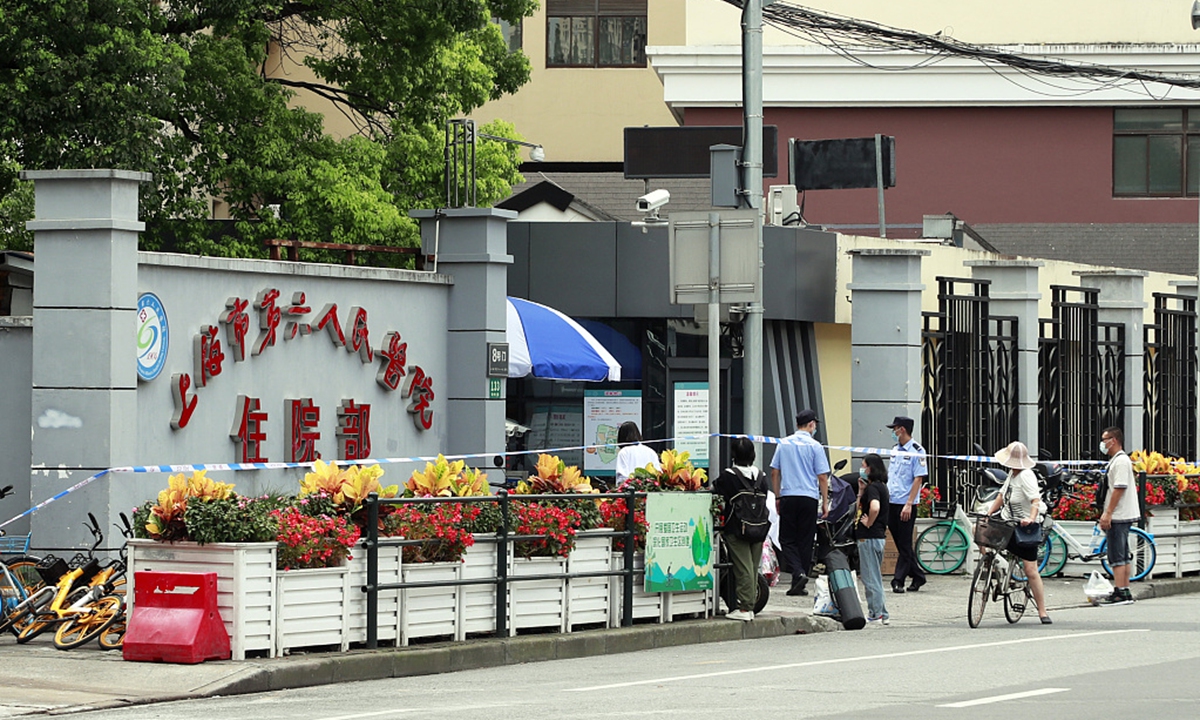 Over 20 hospitals suspended out-patient and emergency medical services in Shanghai on Friday following three confirmed domestically transmitted COVID-19 cases on Thursday after about three months of zero local infections, triggering concerns over the epidemic has caused a wide spread. The municipal health authority confirmed later that this move was for epidemic prevention and screening and there are no nosocomial infections.

"It's just a standard procedure to check for secondary contacts," Zhang Wenhong, a top infectious disease expert wrote via his Sina Weibo. We need to follow the principle of dynamic zeroing and precise prevention and control, but there should be no careless omissions. It doesn't mean that the epidemic is out of control, according to Zhang,

He also noted that Huashan Hospital affiliated to Fudan University he worked for is not closed for emergency services and the medical resources in Shanghai is plentiful.

The reason why so many hospitals have implemented closed-loop management is mainly due to the numerous close contacts of the three confirmed cases, involving workplaces, living places, cultural activities as well as various means of transportation, Lu Taohong, deputy director of the Shanghai Health Commission noted.

Wu Jinglei, director of the commission also clarified that those are pure rumors saying hospitals' closure was because medical institutions accepted treats from the medical representative who was infected with the COVID-19.

As of Friday 8 am, 55,278 people related to the three domestic confirmed coronavirus cases reported on Thursday in Shanghai had tested negative, Shanghai authorities said Friday morning.

Among the 1,260 environmental samples collected, 29 were positive for coronavirus, all from the residence of one of the patients, while the rest were negative.

The patients reported on Thursday have been tracked to several cities where local authorities also conducted mass nucleic acid tests. The first Shanghai case is a resident of Xiamen in East China's Fujian Province, who traveled from Xiamen to Beijing on November 12 and arrived in Shanghai on November 15.

Beijing has conducted nucleic acid tests for 143 related people and taken 306 environmental samples, which all returned negative results, according to Beijing authorities on Friday. Xiamen University also tested 93 people with all results negative.

This is most hospital closures in Shanghai at the same time since epidemic prevention became normal. However, these hospitals including Shanghai Ruijin Hospital are making efforts to reduce the inconvenience to patients and provide online medical services.

Along with the closure of hospitals, some transportation has been impacted. As of 10 am Friday, over 30 percent of flights at Shanghai Pudong International Airport were canceled, according to aviation intelligence platform VariFlight.

The three Shanghai patients are friends who traveled to neighboring Suzhou, Jiangsu Province, from November 19 to 21. As of Friday 7 am, among all the 24,604 related people in Suzhou, 24,503 returned negative results, and 593 environmental samples were all negative.

In Hangzhou, two asymptomatic COVID-19 cases were reported on Thursday. As of Friday 9:30 am, a total of 63,774 people related to the patients had tested negative, Hangzhou authorities said.

As one of the cases is an employee at Zhejiang University, immediate nucleic acid testing was conducted overnight for everyone on campus. "We are not afraid because you are here with us," students from the campus cheered medical staff when they arrived to do the testing. Many students queued up with a book in hand and waited patiently, which went viral on WeChat Moments.

From Tuesday to Thursday, a joint exercise on COVID-19 emergency response within the Yangtze River Delta region was conducted by disease control and prevention centers from Shanghai and Zhejiang, Anhui and Jiangsu provinces.

The drills simulated the process of the coordinated emergency response in the Yangtze River Delta region, including the notification of the epidemic situation, close contact investigation, joint risk assessment and epidemic tracing investigation.