SHANGHAI, Aug. 29 (Xinhua) -- The 2019 World Artificial Intelligence Conference (WAIC) is being held in China's economic hub Shanghai from Thursday to Saturday in a bid to boost AI cooperation and innovation globally. 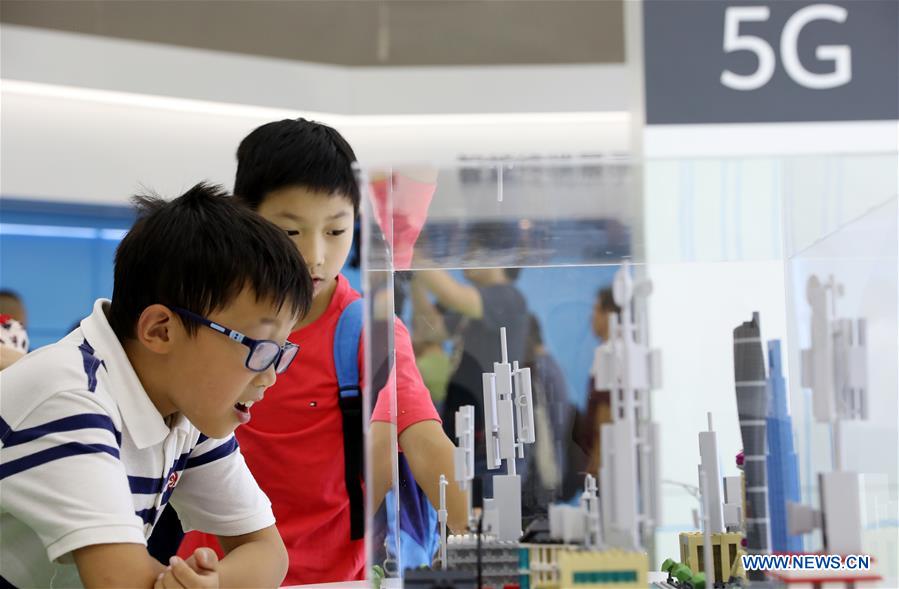 With the theme of "Intelligent Connectivity, Infinite Possibilities," this year's event will focus on AI-enabled high-quality development to cope with the common problems in human development and to create a better life for mankind.

Two summit forums are scheduled to be held on Thursday, where governors, representatives from international organizations, leading scientists and entrepreneurs discuss the development of the AI industry and the frontier of science to seek high-quality development, application and governance. Over 50 percent of those guest speakers on the forums are from overseas.

Over 150 global leading figures from the AI industry and academic circles will participate in this event, including two Nobel Prize winners and two Turing Award winners.

More than 300 domestic and overseas enterprises will participate in the 2019 WAIC, an increase of 50 percent over the previous year, and representatives of more than 1,000 industrial enterprises will also attend the conference.

On top of that, more than 70 AI and 5G projects will be signed at the conference, including Huawei's 5G innovation center, CloudWalk's global operation center and IBM Watson Build artificial intelligence innovation center.

China hosted the WAIC in Shanghai last year for the first time, attracting 170,000 visitors and 40,000 guests from over 40 countries and regions. More than 20 projects signed at the first conference have all been completed, including several AI-related innovation centers and research institutes set up in Shanghai by Microsoft, Amazon, Alibaba and other international tech giants.

Since last year, AI has risen to Shanghai's priority development strategy, according to Wu Qing, vice mayor of Shanghai. There are more than 1,000 core AI enterprises and more than 3,000 pan-AI enterprises in Shanghai. The scale of related industries exceeds 70 billion yuan, taking the lead in the country.