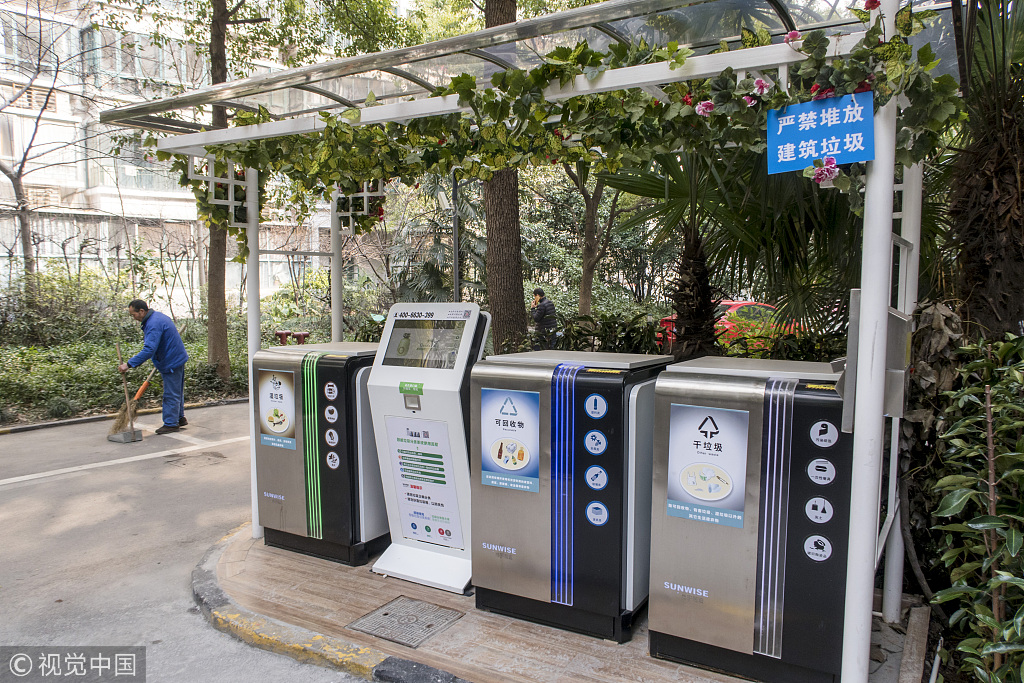 Smart garbage-sorting dustbins are seen at a community in Shanghai, Feb 2, 2018. (Photo: VCG)

Waste disposal operators in Shanghai will face a fine of up to 100,000 yuan ($14,585) if they are found mixing sorted garbage during the collection and transportation process.

The city's legislature has reviewed a draft regulation Tuesday regarding garbage classification, which aims to regulate all processes involved in garbage sorting, including dumping, collection, transportation and treatment.

According to the draft, processing companies should use clean methods and eco-friendly manufacturing technologies. Priority will be given to products that can be recycled, while limits will be set on packaging. The burial method for dry waste disposal will also be phased out by 2020.

Any waste disposal operators who violate the rules will be fined, and licenses will be suspended for serious cases.

The draft also maintained four categories of garbage classification — dry, wet, recyclable and harmful — specified in a plan released earlier by the Shanghai municipal government. According to the plan, the city is projected to increase its daily waste disposal from 13,300 to 32,800 tons by 2020.

The city launched a "green account" program in 2013, as an incentive to encourage local residents to sort their garbage. At present, around 3.8 million households in the city have registered for the program.

While efforts are being stepped up to enhance citizens' awareness of garbage classification, supervision will also be strengthened to guarantee implementation of the garbage sorting system, according to the draft.