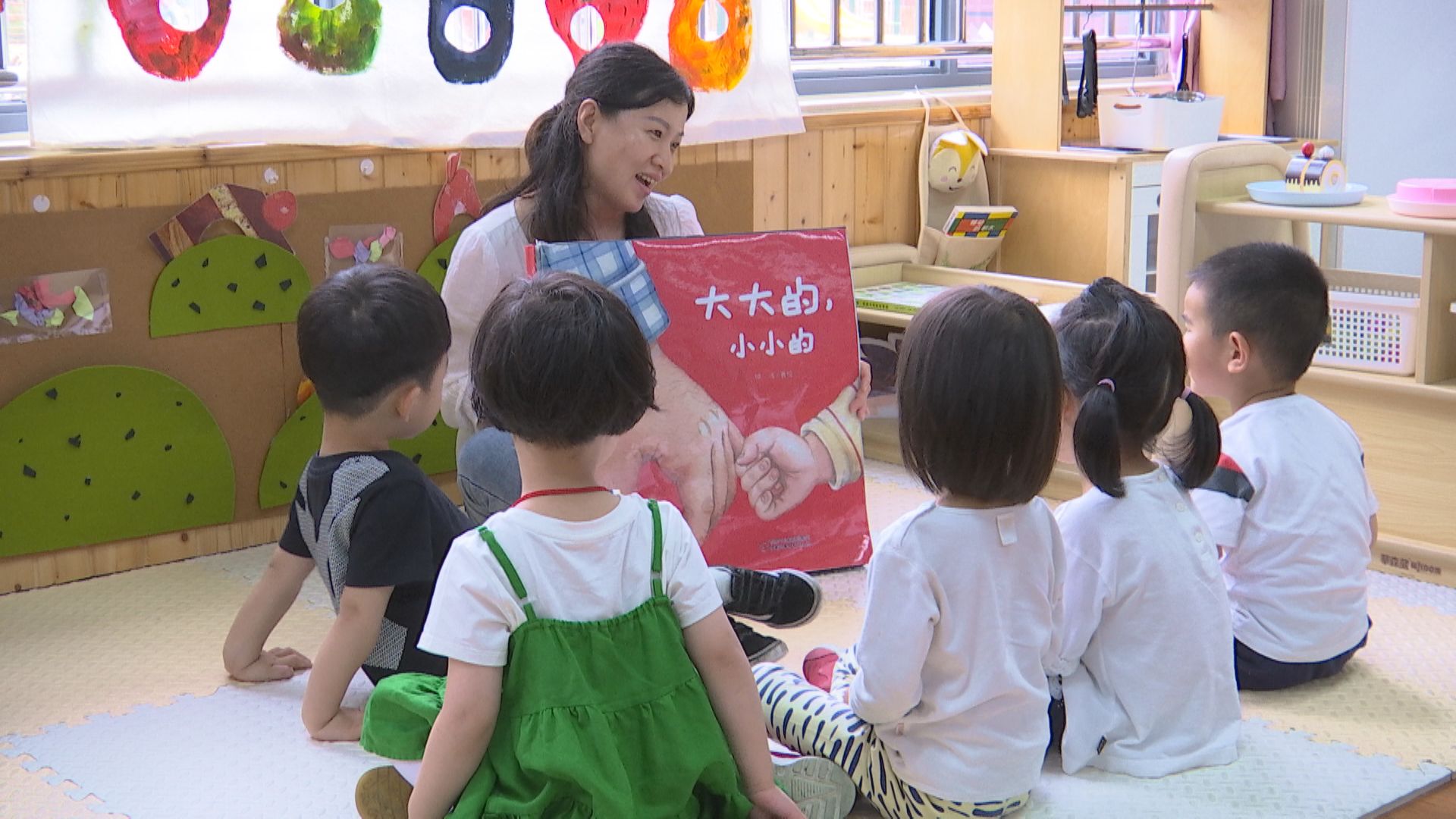 The municipality of Shanghai, which has been integrating nursery services for those under the age of three into its present and newly built kindergartens, said it's seeing benefits from this approach as it meets the high demand from parents for childcare services.

According to the Shanghai Municipal Education Commission, there are currently over 900 institutions that provide nursery services in the city, and of this number, 62 percent have been integrated into kindergartens.

Another area Shanghai is putting top priority and focus on is the construction and operation of affordable nurseries.

"There are more than 530 nurseries that charge a monthly fee of 3,000 yuan (around $465) and below, which makes up about 58 percent of the total," said Sun Hong, director of the Nursery and Kindergarten Division of the Education Commission.

"Over time, we hope to have affordable nurseries cover a majority of our districts and communities," Sun told CGTN.

For Fan Gaolin, a pregnant mother in her late 20s living in Shanghai, this move has been transformational.

"I sent my daughter here when she was 19-months-old. As she grows older, it has become harder for her grandparents to take care of her," said Fan.

"It is also one of the reasons why I decided to have a second child. My husband and I both work, so having our eldest child being looked after gives us peace of mind," she added.

Fan said the monthly fees at 3,000 yuan (for a five-day week of full day childcare) is very affordable, as based on her research, a similar but privately-run nursery service would have cost "at least 10,000 to 15,000 yuan a month."

The construction and rental of the nursery that Fan sent her daughter to, Zhuan Qiao Ivy Nursery, is funded by the local government. It's day-to-day operations, however, are managed by a kindergarten company.

Lu Qiuhong, the director of Zhuan Qiao Ivy Nursery, said the fees obtained from parents are used to pay for the nursery's operating expenses, such as staff salaries.

The nursery was established in February 2019 and presently houses 68 children at full capacity.

"Things are rather standardized in Shanghai. Food for kids at our nursery is uniformly distributed by the district's education bureau," Lu told CGTN.

"Our activities are monitored, while the facilities and equipment are used according to the standards set by the local government. All of this is to ensure the safety of our children." 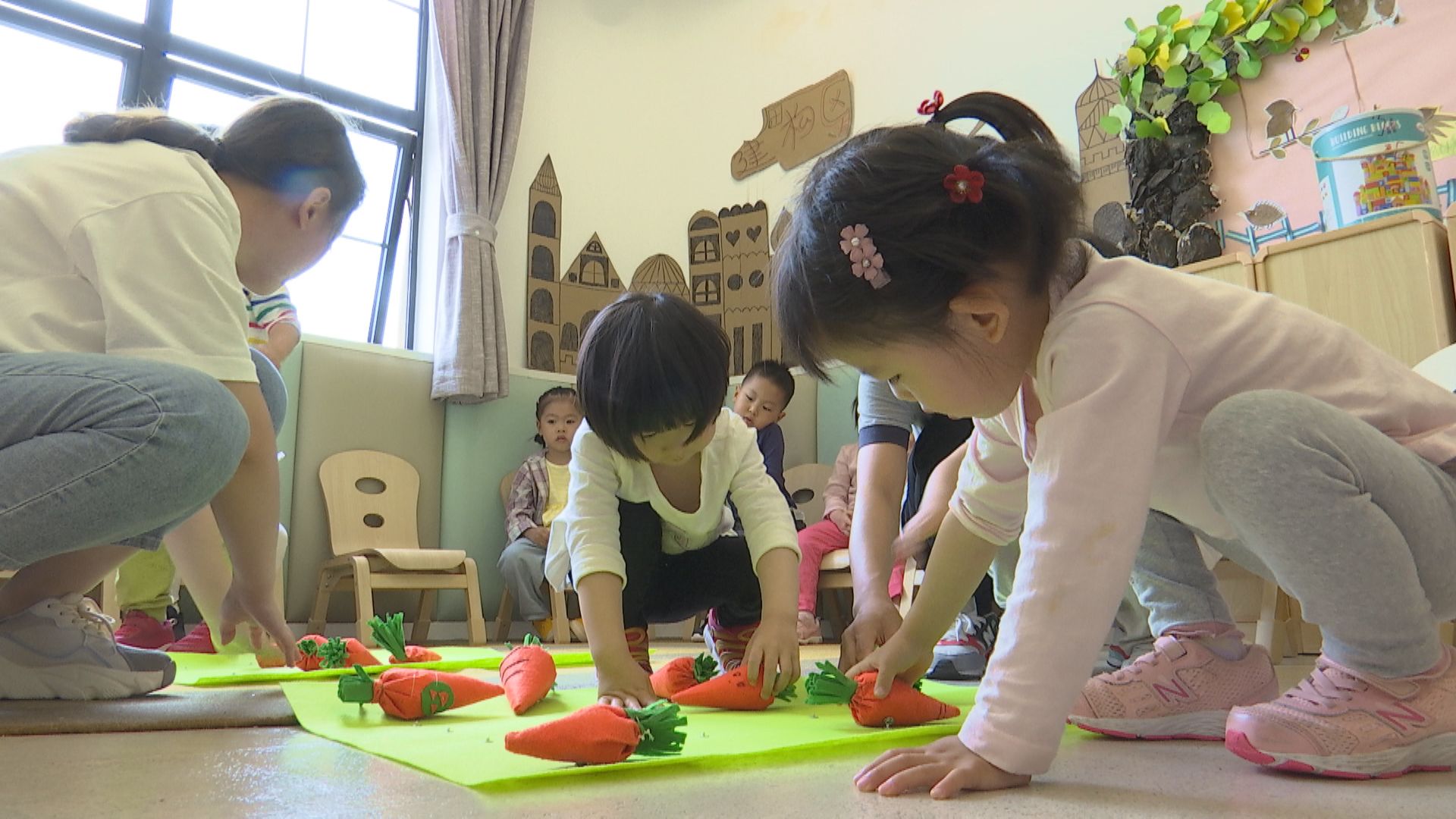 China is continuing to develop more infant and childcare services, after the country relaxed its one-child policy in 2016. (Photo: CGTN)

China is continuing to develop more infant and childcare services, after the country relaxed its one-child policy in 2016.

In this regard, Shanghai has adopted an "integrated" approach, basically consolidating nursery services into its present and newly built kindergartens.

One such kindergarten is Tianhong Kindergarten, which has been operating as a pilot project since September 2018, months after Shanghai implemented policies to improve its childcare services for those under the age of three.

According to Mao Qinmei, director of Tianhong Kindergarten, this move will help the children under the age of three progress more naturally to kindergartens and primary schools.

"You might think our integrated kindergarten would mostly benefit parents, but in fact it also benefits our teachers. They become more loving and patient, having dealt with children's psychological characteristics and behavioral habits from a younger age," Mao told CGTN.

Such kindergartens are fully public-funded. They usually charge a monthly fee of 500 yuan, or just under $80.

When it comes to challenges, service providers say the demand for childcare services in China still far outweigh supply. And they hope that the government will strengthen the training of human resources in this area.