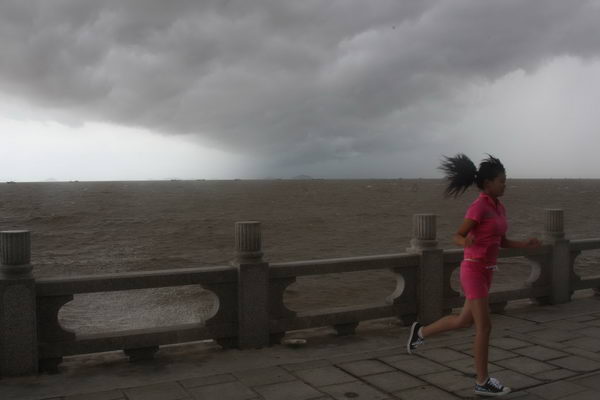 The Shanghai meteorological authority issued a rainstorm warning at noon Sunday, reminding residents that influenced by Typhoon Chanthu, several regions in the city may expect accumulated rainfall amounting to 50 millimeters or above over the following six hours.

Chanthu, the 14th typhoon this year, is moving north at the speed of 15 to 20 km per hour. It is forecast to approach the northeastern part of Taiwan on Sunday afternoon and make landfall or go through Zhejiang's Zhoushan Islands at noontime Monday.

The Shanghai Railways Bureau said train operations may be adjusted for safety according to the dynamic changes of the typhoon.

Some coastal train routes in Zhejiang province will be suspended from Monday to Wednesday, according to the latest schedule released at noontime Sunday.