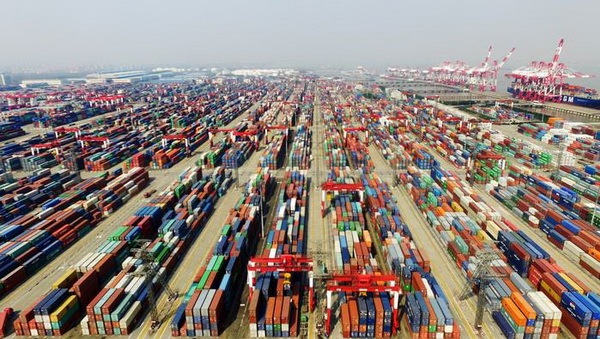 During the January-April period, mechanical and electrical products were the main export products of Shanghai, with export value reaching 315.23 billion yuan, accounting for nearly 70 percent of Shanghai's total export value.

From January to April, Shanghai's major import products were high-tech products, bulk commodities, automobiles and apparel. During the period, Shanghai imported 227.42 billion yuan of high-tech products, showing a year-on-year increase of 11.8 percent and accounting for nearly 30 percent of the total imports.

In the first four months, the European Union (EU) remained the largest trading partner of Shanghai, with total trade with the EU hitting 248.3 billion yuan, accounting for 20.3 percent of the city's total imports and exports. Following the EU, the Association of Southeast Asian Nations, the United States and Japan were major trading partners of Shanghai during the period.