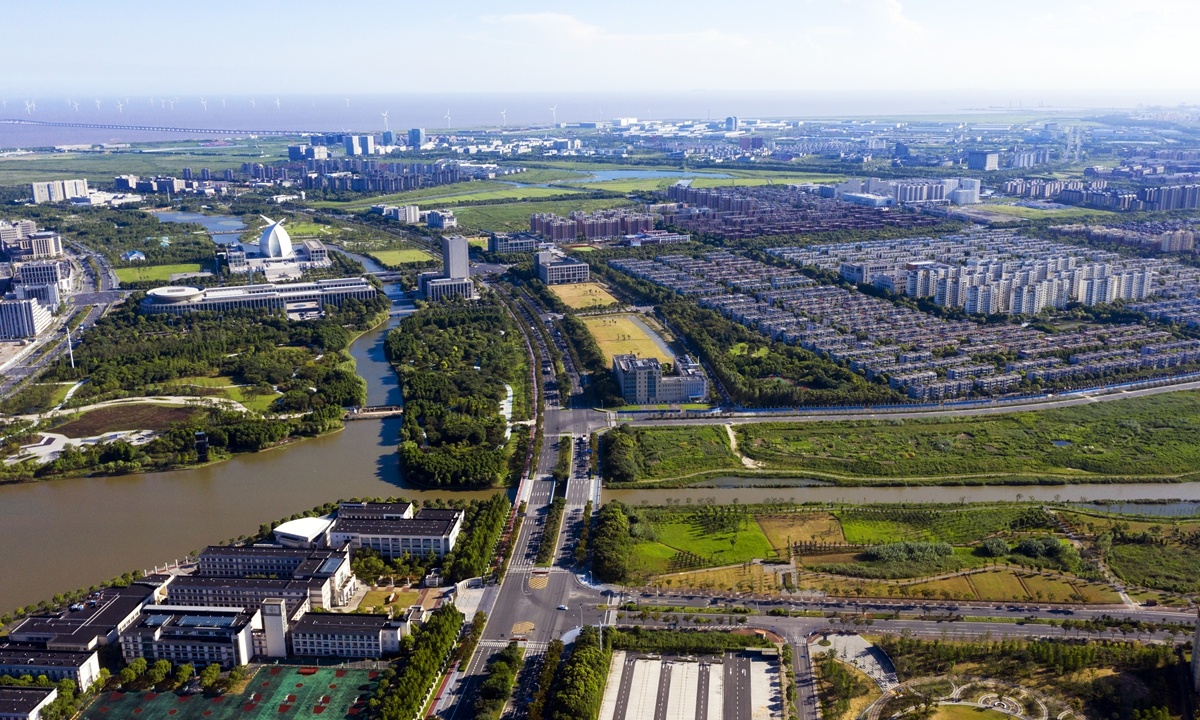 The district will basically establish a high-quality social service system in some certain areas and is expected to create a 15-minute neighborhood by 2025 as the first step, according to the blueprint.

Along with many measures to make local residents' life more convenient, the authorities will also focus on improving expats' lives in many fields such as education.

The district will explore more measures to introduce international high-level universities or high-quality international educational institutions to operate schools in Shanghai, according to the blueprint.

It will also build international new communities, introducing facilities and services that will make life easier for expats, encouraging residents both at home and abroad to participate in public affairs to enhance a sense of community, belonging and identity, said the blueprint.

Lingang is located in southeast Shanghai, with Pudong International Airport to its north and Yangshan International Port to its south, and has introduced many cutting-edge manufacturing industrial clusters as well as international manufacturers such as Tesla.

In order to build a green ecological environment, Lingang will use a high-level standard for newly built constructions or enterprises, Wu Wei, deputy director of the Lingang Special Area Administration said during a press conference on Tuesday.

As home to Tesla's Gigafactory Shanghai, Lingang is making efforts to make more success cases. The total output value of industry in Lingang is expected to expand over 35 percent in 2021, according to the 2021 working plans issued by the China (Shanghai) Pilot Free Trade Zone Lingang Special Area Administration, while the target growth for GDP is set at about 30 percent.