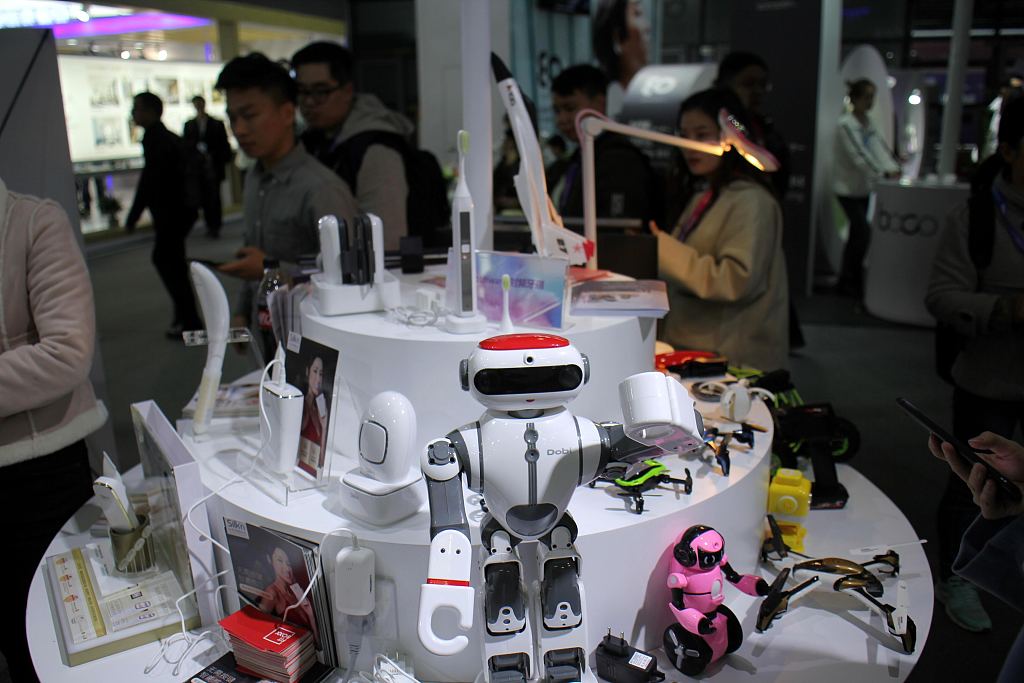 File photo: The "Science and Technology Park" of Shanghai New International Expo Center shows the intelligent life scene of the Internet of Things in an all-round way./ VCG

SHANGHAI, May 25 (Xinhua) -- Shanghai officially launched efforts to build a pilot zone for the new-generation innovation and development of artificial intelligence (AI) Saturday, the second in China after Beijing.

The Ministry of Industry and Information Technology and the Shanghai Municipal Government jointly made the announcement on Saturday.

The pilot zone in Shanghai will focus on AI in medical care and health, smart transportation and smart communities, said Gan Pin, deputy director of the Shanghai Science and Technology Commission.

"As we apply AI in the three fields, the result will be tremendous changes to people's lives, which will help us contribute to the nationwide development of AI," Gan said.

In building the pilot zone, Shanghai will raise the level of originality, develop industrial use, build an environment for innovation, and establish legal, regulatory and ethical standards for AI, he said.

Shanghai has vigorously promoted the development of the AI industry with its AI@SH action in recent years, attracting industrial leaders like Microsoft and IBM.

The city is eyeing a global AI hub with plans to expand the scale of its industry to more than 100 billion yuan (14.5 billion U.S. dollars) by 2020.

By 2023, the pilot zone aims to become a leader in the theory, technology, application, talent and governance of AI, according to the target.

Another pilot project was launched in Beijing in February.