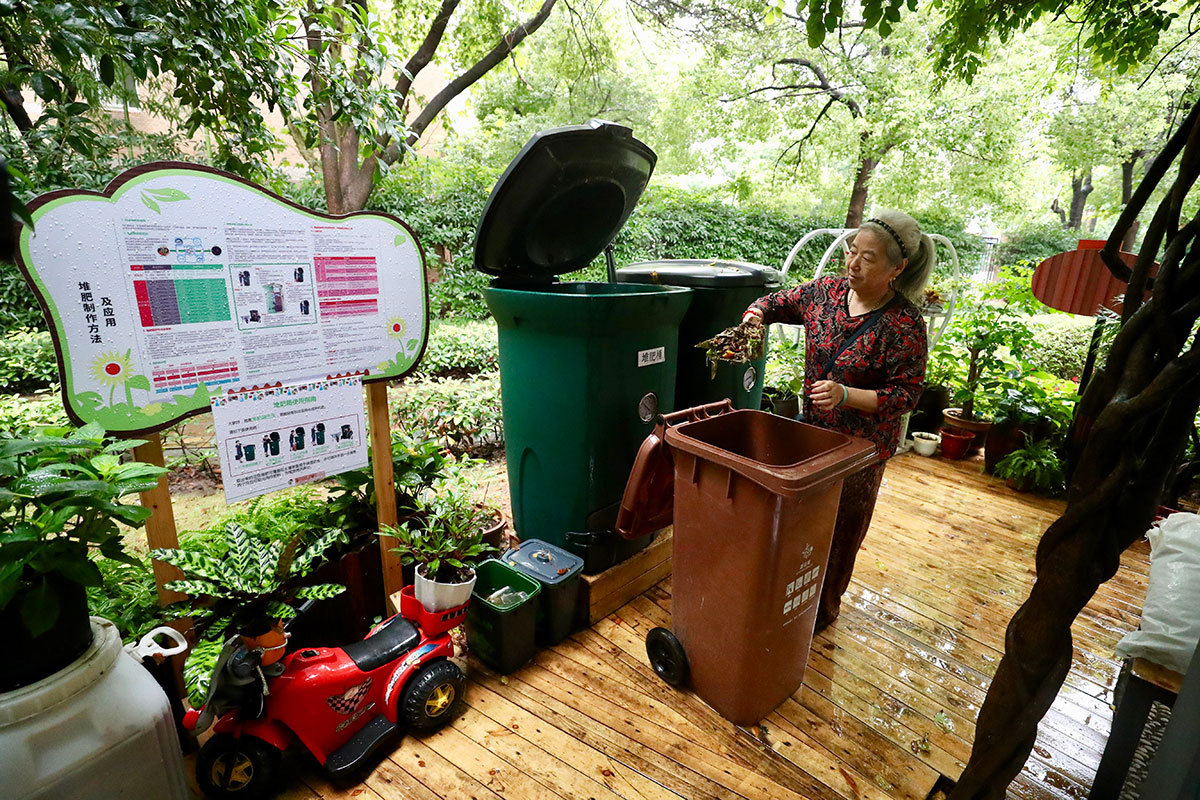 A resident shows how to recycle organic waste and turn it into natural fertilizer and enzymes at Yutai Jingyuan, a neighborhood in Hongkou district, Shanghai, on Aug 29. (Photo: Zhu Xingxin/China Daily)

A municipal regulation on waste management has shown promise in Shanghai in the past two months, as the city leads China into an era of compulsory garbage sorting and recycling.

Since the regulation took effect on July 1, up to 9,200 metric tons of kitchen garbage have been handled separately per day, an increase of 130 percent from the end of last year, official data has shown.

The city's ability to recycle kitchen waste has improved as well. Up to 4,600 tons of organic garbage is reused per day, and the amount is expected to surge to 5,800 tons by the end of the year.

President Xi Jinping visited a community center in Hongkou district during his two-day inspection in Shanghai on Nov 6 and 7. He stressed that waste sorting is a new fashion and Shanghai should ensure garbage management is done well. 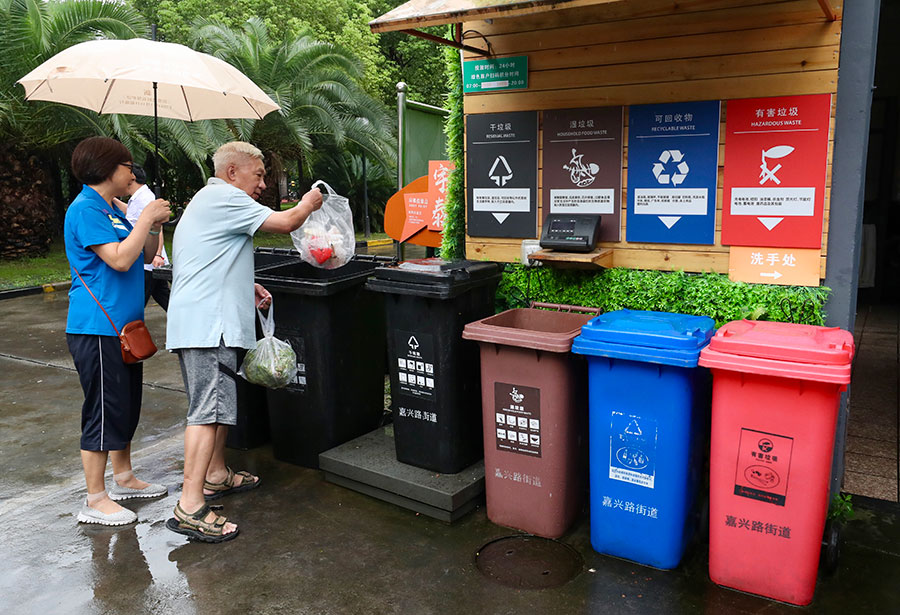 Yutai Jingyuan, a neighborhood in Hongkou district, has set a positive example of waste sorting.

Each of the 371 families in the neighborhood received a hanging trash bag bracket and a manual for garbage sorting. The bracket can be hung on kitchen cupboards, which makes dumping food garbage more convenient.

A volunteer team was formed to show people how to sort their trash at garbage collection sites, although volunteers said waste sorting guidance is no longer necessary and they just supervise now.

"Some complained in the beginning that waste sorting made their life difficult, or simply threw away all trash into one dumpster," said Cheng Qin, a volunteer in the neighborhood. "We instructed those people by taking out what they had thrown away and classifying the waste again. All residents have learned to do it the right way, as no one wants to bother others."

"The environment is cleaner and everyone benefits from garbage sorting," she said.

The neighborhood has also come up with new ideas on organic waste recycling. Two special dumpsters have been placed in its central garden for organic waste fermentation.

Usually after around a month and half, kitchen waste put in the dumpsters becomes natural fertilizer and enzymes, with hardly any smell.

The recycled organic matter is then used for planting or growing fruit and vegetables. Residents can also use the fertilizer for plants at home.

Over 5 percent of the total kitchen garbage the neighborhood collected per day was recycled in this way, according to Wang Jinghua, secretary of the Party's general branch in Hongye community.

"The approach relieves garbage delivery stress and stimulates residents' interest in garbage sorting, as they witness how the waste they generate turns into something useful," Wang said.