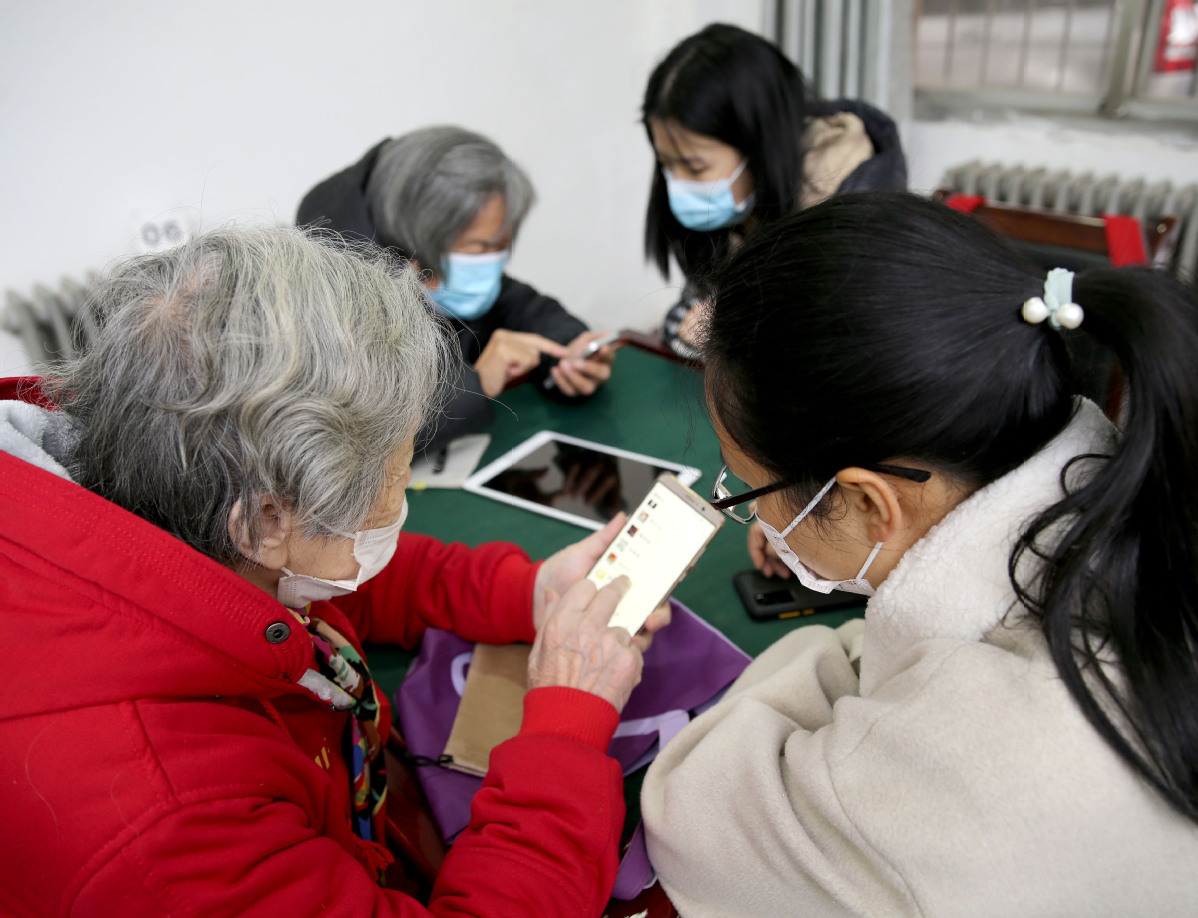 Students from Xi'an Jiaotong University teach seniors how to use digital devices at a community center in Xi'an, Shaanxi province. (Photo: China Daily)

SHANGHAI -- The eastern Chinese city of Shanghai on Wednesday passed a regulation calling on public service providers not to leave out elderly residents while embracing digital technologies.

The regulation on elderly services passed by the Standing Committee of the Shanghai Municipal People's Congress, the city's legislature, stipulated that convenience must be provided for the elderly in areas including city transportation and medical care.

Public service providers including government departments and companies must promote smart information services that meet the needs of seniors. They should respect the habits of the elderly, and retain and improve traditional methods of public service, the legislation noted.

Shanghai is facing a severe aging problem. The number of residents aged 60 and above increased by 148,400 in a year to 5.18 million by the end of 2019, accounting for 35.2 percent of the total registered population in the city, official figures showed.

According to the National Bureau of Statistics, the population aged over 60 had amounted to 254 million in China by the end of 2019. It is estimated that more than 100 million of them don't use the internet.