A woman from Inner Mongolia Autonomous Region who raised 28 orphans from Shanghai in the early 1960s was made an honorary citizen of the city on Wednesday. 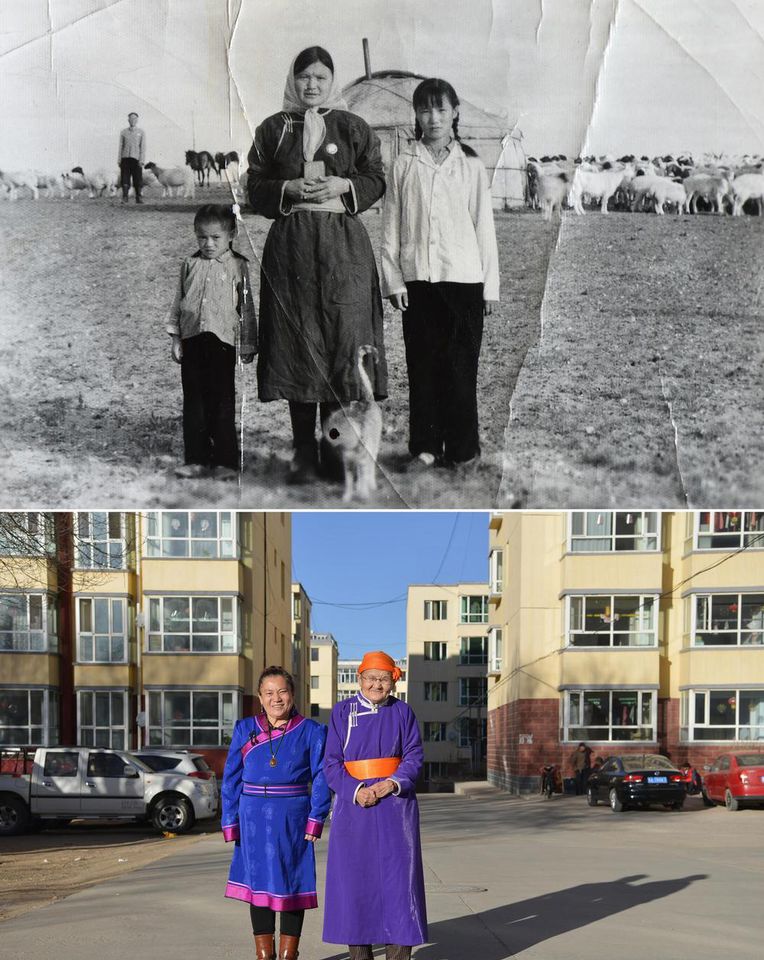 Duguima, now 79, raised the children when she was a single 19-year-old herdswoman on the grasslands until adoptive parents were found. She received the honor from Li Qiang, Communist Party of China Secretary of the Shanghai Municipal Committee.

In the early 1960s, more than 3,000 sick children at Shanghai orphanages were suffering from a nationwide famine.

With no prior parenting experience, Duguima familiarized herself with changing diapers, feeding milk and teaching 28 orphans to speak Mongolian at a nursery school in Siziwang Banner, Ulanqab, where she was working.

She was one of a group of herdswomen mothers, or eji, who raised the orphans as their own.

Under the loving care of the herdswomen, the children grew up healthily and began their new lives on the grasslands. Duguima cannot remember all their 28 Chinese names, but they visit her regularly.

In September 2019, Chinese President Xi Jinping presented national medals and honorary titles to dozens of individuals including Duguima ahead of the 70th anniversary of the founding of the People's Republic of China.