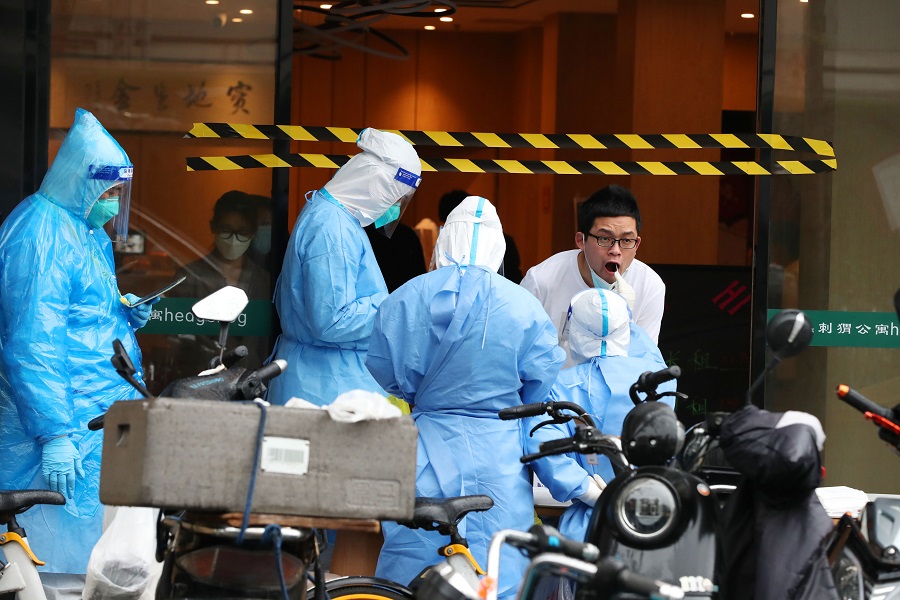 The authorities conduct nucleic acid tests on people living in Shanghai on Tuesday. The city implemented its three-zone epidemic control system on April 11, which categorizes communities according to their COVID-19 risk levels into either lockdown, controlled, or precautionary zones. (Photo: chinadaily.com.cn)

Of the newly confirmed cases, 1,253 had previously been reported as asymptomatic carriers, the commission said in a statement.

According to the commission, the city registered 48 COVID-19-related deaths on Tuesday. The oldest among the deceased was 99 years old and their average age was 80.85. All the 48 patients had underlying health conditions.

A total of 2,639 cured patients were discharged from hospitals after recovery on Tuesday, said the commission.