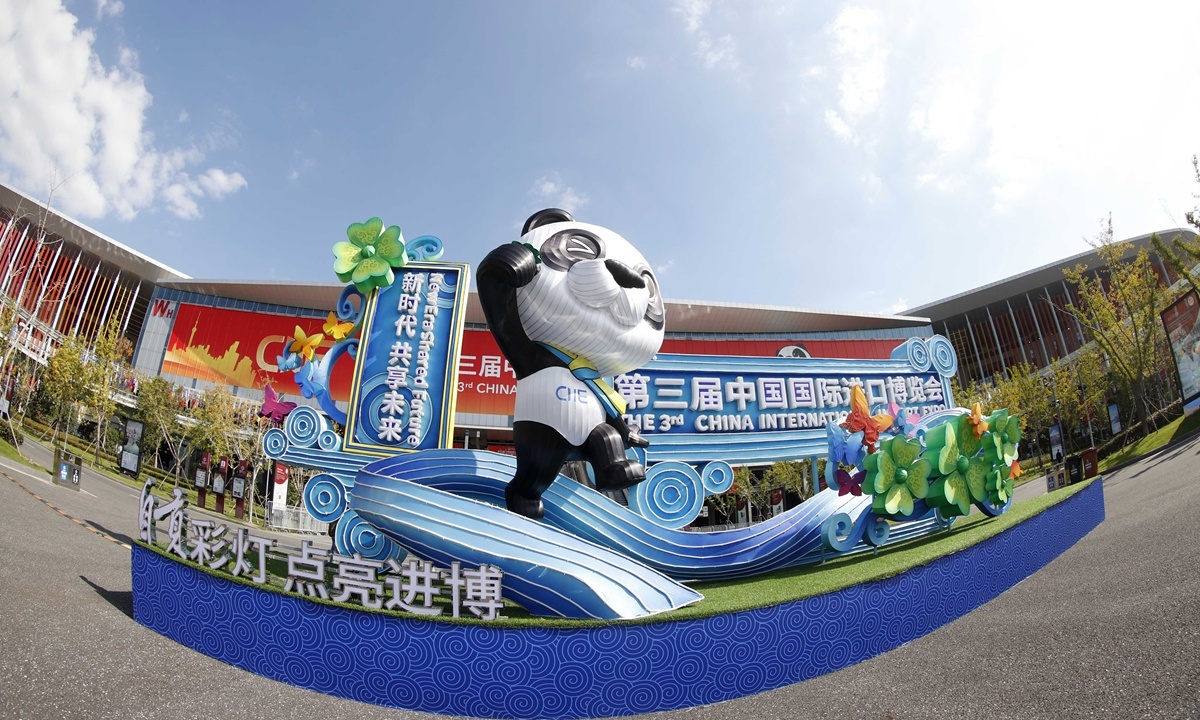 A photo taken outside of the National Exhibition and Convention Center (Shanghai) shows the mascot of the 3rd China International Import Expo (CIIE). The CIIE kicked off on Wednesday. (Photo:cnsphoto)

It took less than two hours for the company representative from Ao Jing (Shanghai) International Trade Co to complete the application procedure — from filing the related registration materials to obtaining the licenses.

Zhang Mei, an official from the Shanghai Qingpu District Administration for Market Regulation, told the Xinhua News Agency that the market watchdog had optimized the approval procedures to significantly shorten the approval time and opened a "swift channel" for quality products from overseas countries entering the Chinese market.

The company — founded by a Chinese-New Zealander — is a foreign-invested company that specializes in promoting and marketing honey as well as other local products from New Zealand. According to Xu Shujun, who is in charge of the company, this is the first time for the company to participate in the CIIE.

"We attended the 2nd CIIE as visitors and felt the great potential of the Chinese market, so here we are at the 3rd CIIE. We didn't expect such a big reward," said Xu, who added that such a highly efficient approval procedure won her company valuable time to seize the market, with Shanghai's business environment winning the recognition and trust from the company.