On the night of June 25, 2018, Shanghai police, together with six criminal suspects who were caught carrying out cross-border telecommunication fraud, arrived at their final destination, Shanghai Hongqiao Railway Station, Jiefang Daily reported. 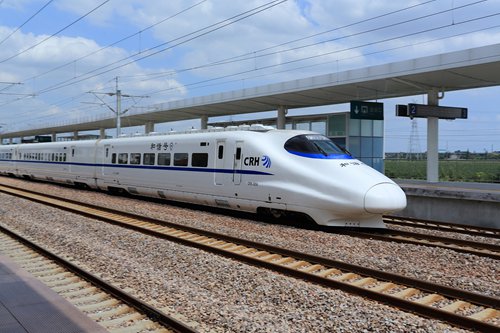 Over the course of the previous four days and 3,000 kilometers, 14 policemen and policewomen escorted the suspects across the length and breadth of China, navigating country paths, provincial roads, national highways and high-speed rails.

Their journey began on June 22, when a white minibus carrying the suspects and police departed from a police station in Southwest China's Yunnan Province after the suspects were handed over to Chinese police from overseas authorities. Each suspect wore orange uniforms with chains hanging on their hands, Jiefang Daily reported. Among the fourteen police, two were female, considering that two of the suspects were also women.

After thorough discussions, planning and coordination, the police and suspects took an eight-hour bus journey to the city of Pu'er, arriving at 2 am on June 23. Upon arrival, the suspects were immediately driven to a local hospital for physical examinations in accordance to legal procedures.

Female suspects were administered pregnancy tests, according to Jiefang Daily. The tests results showed that all six suspects were in good health, which meets the conditions for their detention. At 5 am on June 23, the suspects were escorted to a detention house in Simao district, Pu'er. After a brief rest, at 8:30 am on June 24 the police escorted them to the capital city of Kunming, a seven-hour bus ride.

After settling the suspects in a local detention house, the police began to plan how to get to Shanghai by train. They changed the plan several times. Policeman Yuan Ziwei said that, to guarantee the safety of the suspects without disturbing regular passengers, they hammered out details with the railway department, such as which train to take and how to take it.

After careful coordination with related departments, the police booked tickets for the same railway carriage. The railway station also created a separate green channel for the suspects' security check. During the 12-hour train ride, the police paid close attention to the suspects.

During the long journey, the six suspects kept silent. Only when box lunches were given to them by the officers did the suspects liven up a bit. The police also chatted with them about them current legal policies and regulations.

At around 11 pm on June 25, CRH train G1376 entered Shanghai Hongqiao Railway Station. After all the other passengers exited the train, the police led the suspects outside and toward their final destination.

(This story was translated by Yang Min based on an article from Jiefang Daily.)