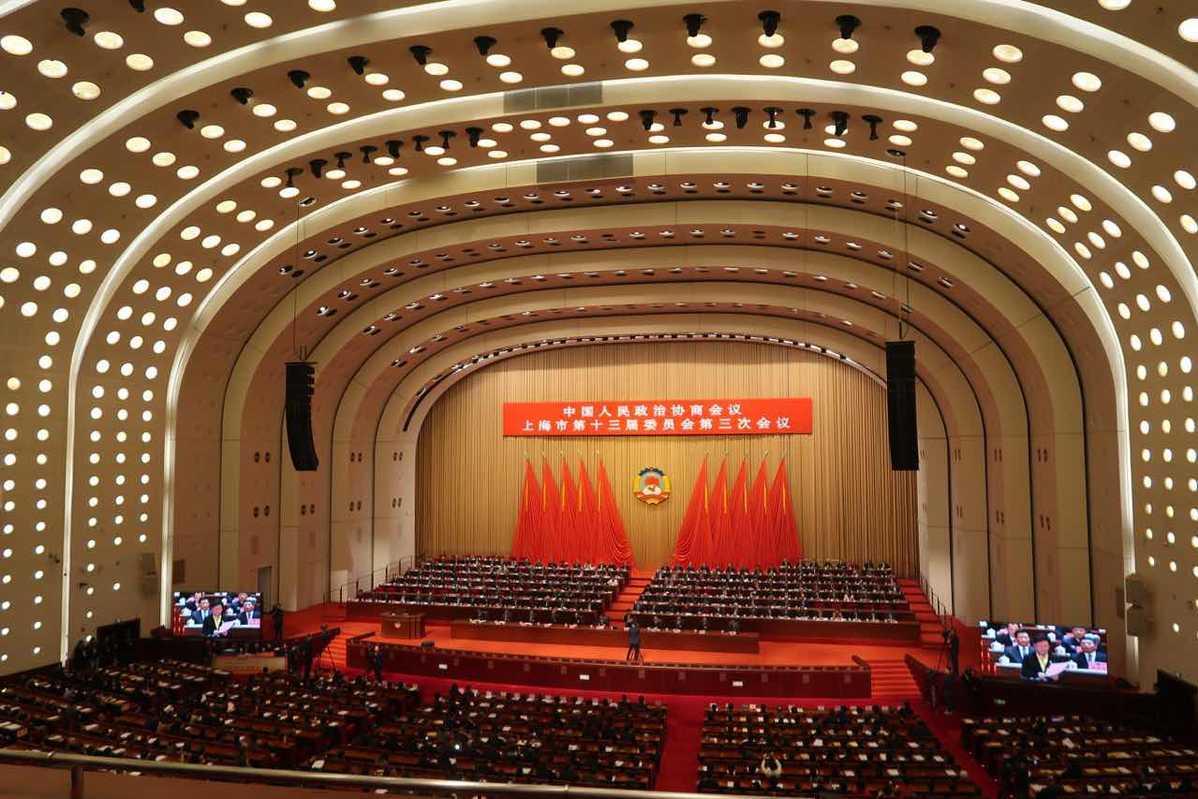 The third session of the 15th Chinese People's Political Consultative Conference Shanghai Committee opened at the Expo Center in Shanghai on Jan 14.

During the opening ceremony, Dong Yunhu, chairman of the committee, spoke about the work that members of the CPPCC Shanghai committee have done over the past year, while deputy chairman Huang Zhen gave a report on the proposals made by the municipal political advisers.

In 2019, the CPPCC Shanghai Committee conducted more than 400 on-site surveys and research on various topics such as medical system reform, domestic waste management, the expansion of the country's pilot free trade zone in Lingang area and the launch of a new board at the Shanghai Stock Exchange.

"Many high-quality reports were produced last year, thanks to the joint research among advisers of both municipal and district levels," Dong said. "In 2020, the Shanghai Committee will continue to improve the consultation mechanism to offer expert, concrete and innovative advice for the government."

In the past year, a total of 1,001 proposals were made by the political advisers and special commissions of the CPPCC Shanghai Committee, among which 751 proposals were adopted or resolved by the municipal government and other relevant parties, while 33 are pending and 145 were used as reference, said Huang in his report.

Education, reform of medical and hospital systems, the integration of the Yangtze River delta and the development of a smart city are some of the main topics addressed in the proposals, he said.