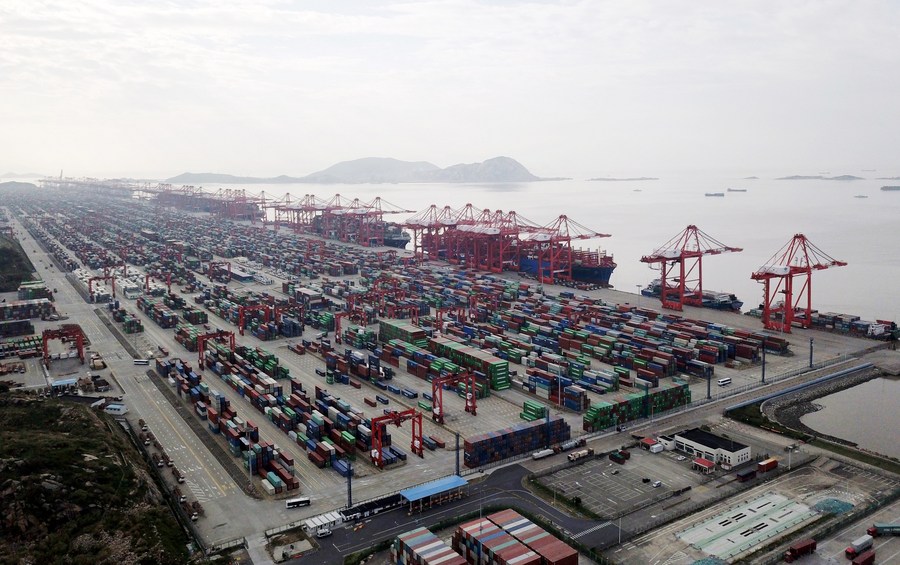 The Shanghai Port is still operating normally and there is no congestion of container ships, the Shanghai International Port Group Co Ltd. said in a statement on Sunday.

The false coverage of congestion occurring at the port has brought an adverse impact there, the statement said, noting that port data shows that it has been operating in an orderly way and has not seen any congestion of container ships since February.

Faced with the impacts of the epidemic, Shanghai Port has rolled out a series of measures to protect the safety of the port, ensure its normal operation and guarantee the stability of the industrial chain and supply chain in the Yangtze River Delta and the globe, the statement said.