Shanghai's Bureau of Justice and the Shanghai Bar Association jointly set up a legal services center on Wednesday for the first China International Import Expo to be held in the city in November. It's part of the city's effort to improve cross-border legal services and become a global city of excellence by 2035. 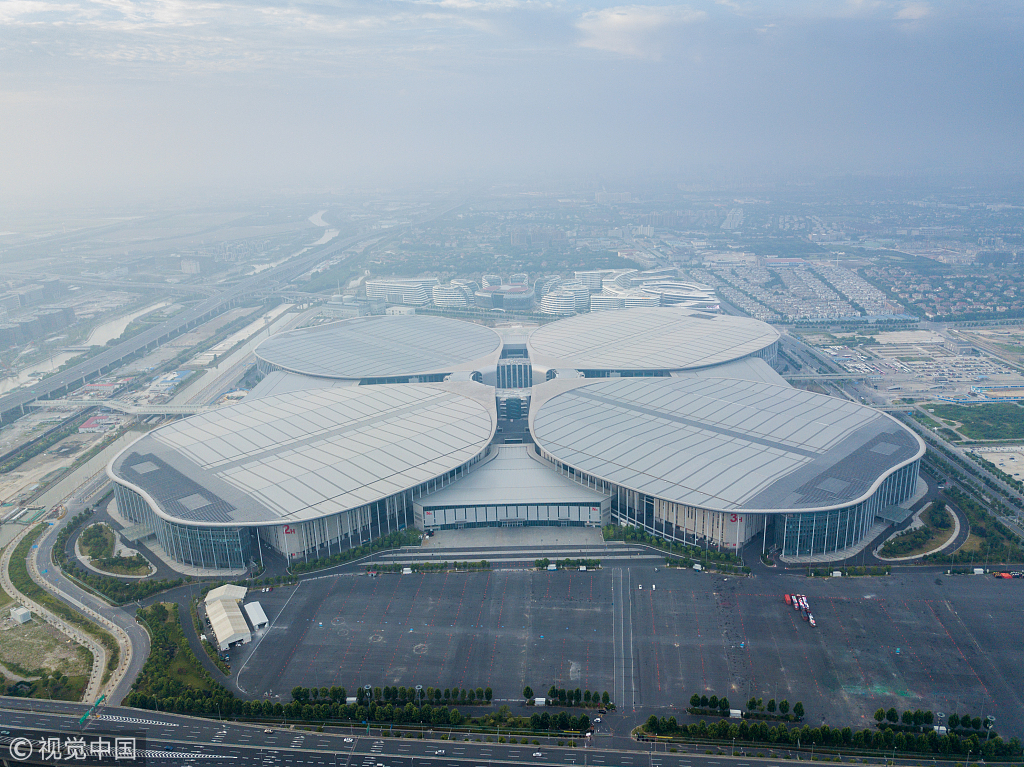 The center will offer comprehensive legal services involving overseas parties for the inaugural expo in areas such as finance, shipping and international trade, said Wang Xie, deputy director of the bureau at the launch ceremony, which was held on the campus of Shanghai University of International Business and Economics.

A team of 20 handpicked attorneys who excel in cross-border legal services will be stationed at the Shanghai International Convention and Exhibition Center, where the six-day event unfolds from Nov 5 to 10, Wang said.

Zhou Tianping, head of the team, said that by servicing the expo, which will attract more than 2,800 exhibitors from more than 130 countries and regions, the team hopes to explore the demand for cross-border legal services, set an example for offering such services and standardize the practice.

"The team will serve as trailblazers for the standardization of legal services involving overseas parties," Zhou said. "Based on their feedback and experience at the expo, we hope to expand the service afterward by training several hundred attorneys and their law firms."

"The establishment of the centers marks another step forward for Shanghai's cross-border legal services," Zhang Hua, a senior Party official involved in the city's political and legislative affairs, said at the launch ceremony.

Shanghai has been a pioneer in legal practices related to international business, finance and trade. In 2014 it became the only city in the country to allow a local law firm and a foreign one to exchange legal advisers in the China (Shanghai) Pilot Free Trade Zone, according to the justice bureau, which has put forward various measures to encourage domestic law firms to further cooperate with firms from overseas - for example, allowing them to employ foreign attorneys - as the eastern metropolis aims to boost support for overseas investors.

More than 50 domestic law firms that have offices in Shanghai have also established branches overseas, the bureau said.

"Cross-border legal services have a historic opportunity for development in Shanghai because the city is dedicated to the task of becoming a global city of excellence by 2035," Zhang said.

As the city strives to enhance its core functions and accelerate the construction of five centers - an international economic center, a financial center, a trade center, a shipping center and a science and technology innovation center - it creates a vast demand for cross-border legal services. "But the challenges are as enormous," Zhang said.

The city sees the inaugural expo as a good platform for advancing the services.

"We hope to build on our observations and experience at the expo to set a standard for legal services involving overseas parties," said Zhou, head the legal service team for the expo.