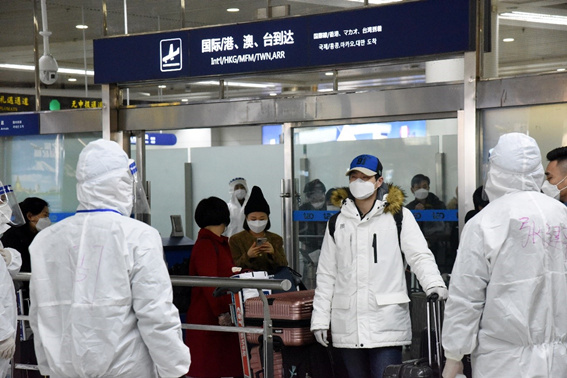 The municipal health commission said a total of 25 imported cases have been reported so far in the city as of Thursday, while 17 suspected imported cases are under quarantine for further confirmation.

Both of the two confirmed patients on Wednesday are Chinese citizens returning from London. They were quarantined and tested positive for the virus upon arriving at Shanghai Pudong International Airport.

A total of 27 people in close contact with the two patients on flights have been screened and put under quarantine.

Shanghai had no local coronavirus infections on Wednesday. The municipality has reported a total of 338 indigenous confirmed cases and one suspected case.