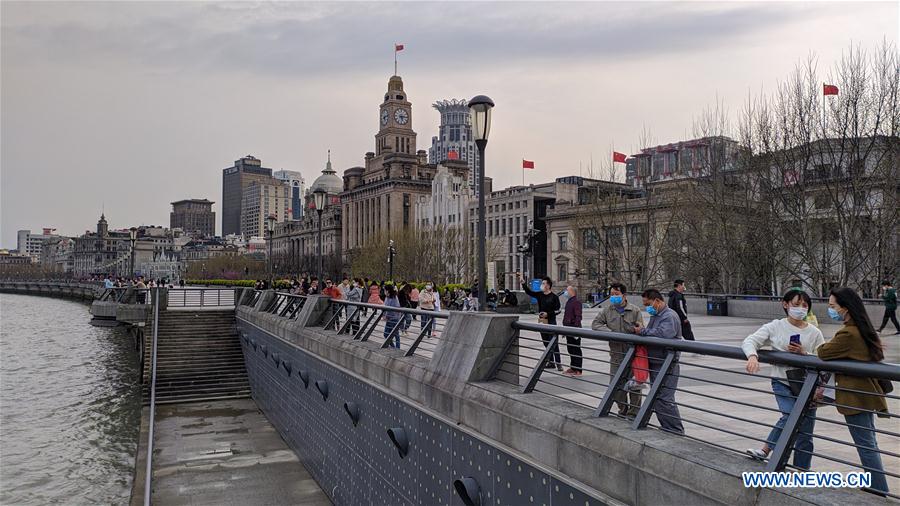 SHANGHAI, April 1 (Xinhua) -- Shanghai reported seven new confirmed cases of the novel coronavirus disease (COVID-19) from overseas on Tuesday, the municipal health commission said Wednesday.
Among the patients, two came back from Britain,  two from France, one back from Thailand, one traveling from Indonesia, and one back from Spain, the commission said.
The new reports brought the total number of imported cases in Shanghai to 177.
The patients had been sent to designated hospitals for treatment. A total of 48 close contacts on flights had been put under medical observation.
Among the 177 cases, 14 had been discharged from hospitals, and 163 remained hospitalized. Two of the hospitalized were in severe condition and one in critical condition, the commission said.
Additionally, 20 suspected cases from overseas were waiting for confirmation.

The municipality reported no new locally transmitted cases on Tuesday. The city's total confirmed local cases remained at 339. As of Tuesday, 327 of the patients had been discharged from hospitals after recovery, six had died and six were still receiving treatment in hospital.