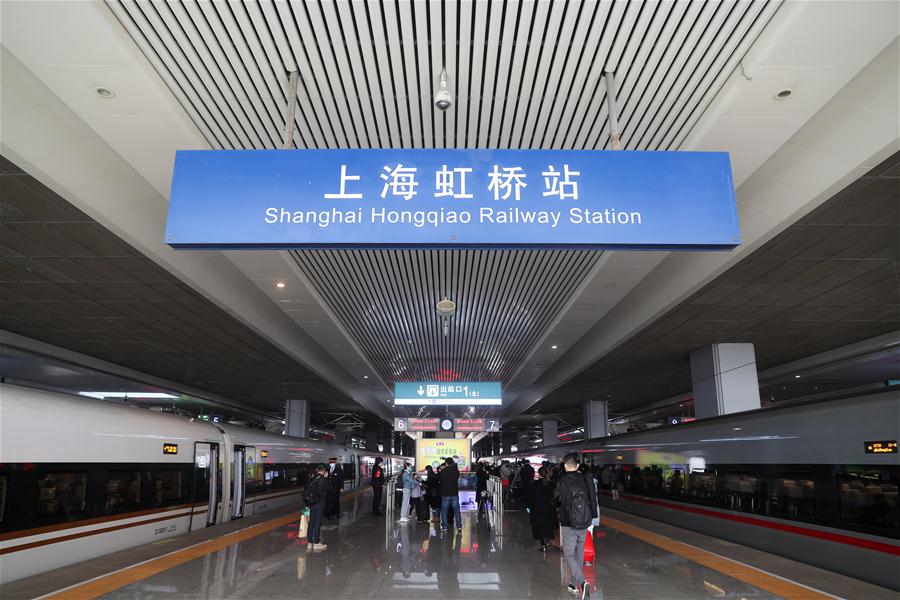 Passengers get off the train G1719/G1722 at the Shanghai Hongqiao Railway Station in Shanghai, east China, April 8, 2020.(Photo: Xinhua)

The municipal health commission said a total of 213 imported cases had been reported in Shanghai by the end of Wednesday, while 11 suspected imported cases are under quarantine for further confirmation.

The new imported cases were all Chinese citizens, including four returning from Britain, four from Russia and one from France. They were quarantined and tested positive for the virus upon arriving at Shanghai Pudong International Airport.

A total of 53 people in close contact with the confirmed patients on flights have been screened and put under quarantine.

On Wednesday, 11 COVID-19 patients were discharged from hospitals in Shanghai after recovery, including one severely ill patient who was cured after treatment by a multidisciplinary team of experts.